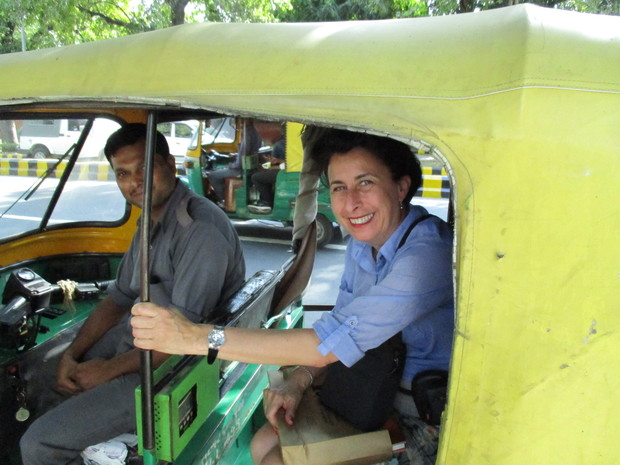 The most common procedures people travel for are dentistry, heart surgery, and hip and knee replacements, with cosmetic surgery also popular.

The research team has held in-depth interviews with New Zealanders who have returned home with new hips or knees, or having had other surgical and dental procedures at overseas clinics that provide services for medical tourists.

Patients were quizzed on how they researched and prepared for the procedure, how it went, how they were cared for, and how much it cost.

Web sites for international healthcare had become increasingly popular, following reports of cheaper medical treatment in some Asian countries - even when airfares are included - and with the bonus of a holiday thrown in.

It's not a new phenomenon - Dr Lovelock said people had travelled for healthcare for centuries - but the demographic was changing as public health waiting lists lengthened - not just in New Zealand but in the UK, Canada and the United States.

"Increasingly it is not just elites that are travelling for care, but it is middle-income earners in countries like New Zealand," she said.

She said the change was hugely driven by the internet.

"You have people basically working out what their treatment options should be, and it may not necessarily be the case."

Dr Lovelock said the tourism part of medical tourism was a "bit of a ruse", except perhaps for dentistry.

"The reality is that's quite serious surgery and it's highly unlikely you'll be shopping in the local bazaar."

She said surgeons in New Zealand worried about the lack of professional care given to patient travellers before, and especially after, surgery.

"The question for New Zealanders travelling abroad is ... are they really giving informed consent when they have these quite serious procedures done overseas?"

For example, an orthopaedic surgeon colleague told Dr Lovelock he would not allow his patients to travel overseas for three months after surgery because of the risk of embolism.

Dr Lovelock said a wider issue was how medical tourism contributed to the two-tier system, both at home and in countries like India, Malaysia and Thailand.

"They have state-of-the-art hospitals and they certainly have technical competency, and they are catering for their own elite as well as the elite from abroad."

But while New Zealanders may be getting a cut-price operation, many local people were not getting even the most basic health care.

"In India there are huge disparities between the wealthy and the poor, where only the elite can afford to pay for decent healthcare.

"So while we might go getting a cheap hip job while we're over there, there are people who don't have clean water or adequate sanitation - let alone access to appropriate healthcare."

She said there were only 10 doctors per 10,000 people in India, and in other Asian countries medical tourists were also encouraging the movement of doctors from rural to urban centres where the pay is better.

And when procedures do not go well, patients may need remedial work and become a burden on the public health system back home, as has been found in Britain's National Health Service.

There can be other unintended consequences of medical tourists becoming global consumers, Dr Lovelock said.

"For example the NDM1 drug-resitant enzyme was thought to have spread to Canada, the United States and the UK from medical tourists who had been having treatment in India."

Dr Lovelock said New Zealanders may be unaware they were at risk.

"We have met people who have had things go wrong with heart surgery and have had to fly to another country for an urgent remedy."

People had also had negative experiences of cosmetic surgery.

"People having to have up to eight or nine remedial efforts for cosmetic outcomes that were less than satisfactory ... so the cheap facelift turns into an expensive nightmare."

Dr Lovelock said among those who travelled for surgery, many said the public health system here did not care about them.

"But the way they express care that they've experienced abroad actually mirrors all sorts of inequalities that are part of our colonial heritage.

"So you have 'lovely Indian people' being so kind and so polite and marbled walls etc, and when you're at home the hospitals are run down, the staff are stressed."

Dr Lovelock said there has been a very significant cultural shift in the notion of care, who was going to provide that care and who could afford to pay for it.