New Zealanders attending the Rio Olympics face a high risk of illness if they come in contact with city's contaminated waterways, a water scientist based in the city says. 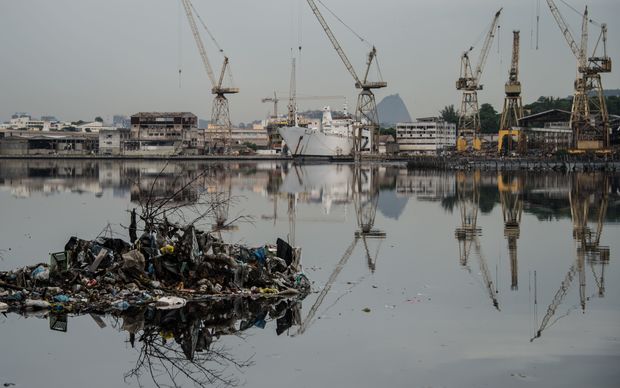 The Cunha Canal flows into the highly polluted Guanabara Bay, where the Olympic 2016 sailing competitions will be held. Photo: AFP

The Olympics begin in just over four months, and New Zealand is set to send 220 athletes - over a quarter of whom will compete on Rio's contaminated lakes, rivers and beaches.

Water and environmental scientist Dr Fernando Spilki has been conducting regular tests of the Olympic waterways, and said athletes were at very high risk of infection, due to the high levels of faecal matter in the water.

Dr Spilki told Nine to Noon more than 30 million people live near Rio, and more than half of the sewage produced by those people is not treated before being discharged into the city's waterways.

"We have a huge problem with illnesses caused by water borne micro-organisms.

"80 percent of the whole attendance's to hospitals in Brazil are calculated to be related to water borne diseases."

Dr Spilki said seven sewerage treatment plants had been planned in preparation for the games, but only one had been completed.

He said the levels of pollutants that were allowed to be in the water in Brazil were too high, when compared to European or United States parameters.

However, Games organisers were confident in the testing governmental agencies were carrying out.

"I think they are more interested to have the Games and not to be hampered by any kind of notice of pollution."

He said neither the Brazilian government nor the local authorities have made an effort to improve things.

Dr Spilki's tests found viruses that induce vomiting, such as rotovirus, as well as faecal coliforms that could cause cholera, dysentery, hepatitis A and typhoid.

He said efforts were being made about solid residue in the water, such as garbage, but it was too late to do anything about the faecal matter or micro-organisms.

"People that go into these waters, tourists or athletes, they are going to get infected."

In sailing and rowing events that had taken place in Rio over the past year, five to seven percent of people had fallen ill after the events.

Athletes Dr Spilki had spoken to said they wanted a medal at the games and didn't care about the risks.

But the problem wasn't just about the athletes or the Olympics, he said.

"It's about the population that lives nearby - they are impacted by this contamination.

"Most of the Brazilians, we believed that the Olympics would be a chance, or opportunity to change those sort of things, but unfortunately this didn't happen." 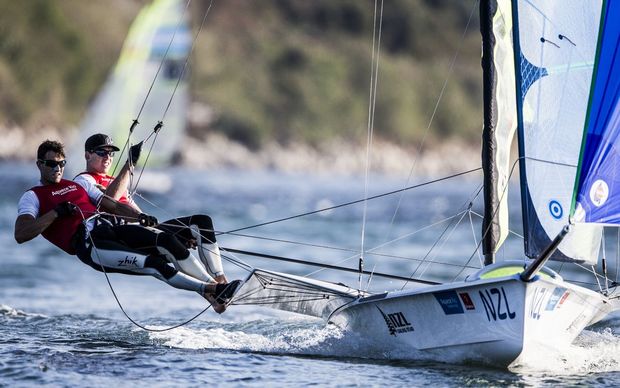 The New Zealand Olympic Committee has said it is keeping a very close eye on the water contamination issue, and is working with the relevant sports and its medical teams to ensure there are firm processes and protocols to avoid any possible contamination.

Sailor Peter Burling, who, along with Blair Tuke, won a silver medal at the 2012 Summer Olympics, said he was confident there would be a strong plan in place to keep athletes from getting sick.

"Blair and myself have been to Rio about four times now and the water's been the same, for us it's something that you've just got to get on with and compete and fortunately we've never got sick when we've been there," he said.

"There's obviously a lot of concern... but we've got a really good medical team in the sailing programme that put a lot of thought into keeping us healthy."