Research into the long-term effects of the Rena wreck has found some of the biggest ongoing risks are attributable to unexpected sources - including the clean-up effort itself.

Nearly five years after the container ship ran aground off Tauranga, a series of papers published in the New Zealand Journal of Marine and Freshwater Research looks at the lessons learned. 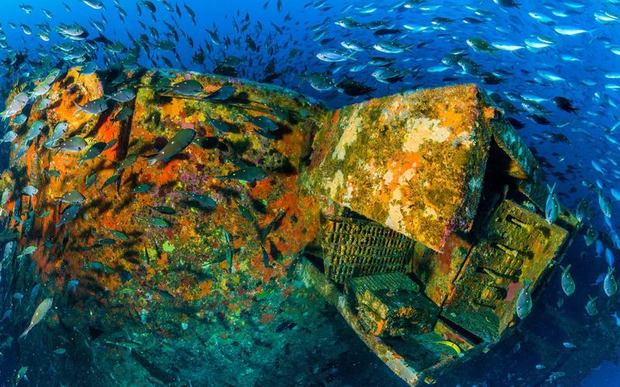 Marine life has flourished around the wreck of the Rena which ran aground on Astrolabe reef in October 2011. Photo: SUPPLIED / Darryl Torkler

A lead researcher, Waikato University marine ecologist Phil Ross, said the biggest threat was initially thought to be the oil, which coated rocks, beaches and birds.

However, thanks to a massive effort by thousands of people - heralded as the first-ever effective volunteer response following an oil spill - this risk was quickly dealt with.

"If it had happened somewhere off the East Coast, in some sparsely populated region, it might have been a different story. But we had thousands of people, literally on their hands and knees, cleaning oil off the beaches. So we didn't have to have big bulldozers squishing it into the sand."

The biggest risks were unforeseen, he said.

In the rush to get salvage vessels to the site, the authorities neglected to do the usual biosecurity checks, and belatedly discovered six foreign pest species on the hull of a barge brought over from Australia. 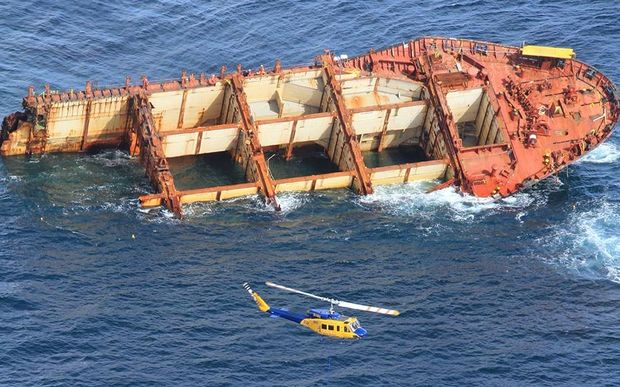 It was "just lucky" none of the pests established themselves, because they would have created a much bigger environmental problem than the oil itself.

Other risks remained, Dr Ross said, including heavy metals and high levels of a banned anti-fouling paint, tributyltin (TBT), which is highly toxic to marine life.

The Rena was certified as TBT-free, but the chemical was still present under some layers of paint.

"A lot of the paint was scraped off and some of this TBT was released into the environment. That's something that's probably going to stick around for quite a while and is one of the areas of concern in terms of understanding what impacts there might be on marine life."

The legacy of the grounding on Astrolabe Reef was not the oil but all the other contaminants, the report said. Photo: RENA PROJECT

Another ongoing risk to marine life comes from tonnes of copper wire fragments, which were being transported on the Rena after being salvaged from the rubble of the Christchurch earthquake.

Salvors managed to recover between five and ten tonnes of the copper, but most of it remained under the hull of the sunken stern.

"The actual legacy is not the oil but all the other contaminants that were in the cargo and part of the construction of the ship.

"They are an issue - but a very localised issue on the Astrolabe Reef, not a wider Bay of Plenty problem."

"Realistically", the stern would never be recovered, Dr Ross said.

The salvage operation has already cost about $700 million - the second most expensive salvage after the Costa Concordia - and it is considered too technically difficult and dangerous to do any more.

The Rena's owners received resource consent to leave the wreck on the reef but it has been appealed by several parties and will go to the Envirommental Court next year.

While the Rena did not turn out to be the major maritime disaster it was predicted to be, Dr Ross said it had provided important lessons in dealing with oil spills and marine contamination events.