The decision by the Bay of Plenty Regional Council's commissioners to leave the rest of the Rena wreck on Astrolabe Reef is wrong, New Zealand First says. 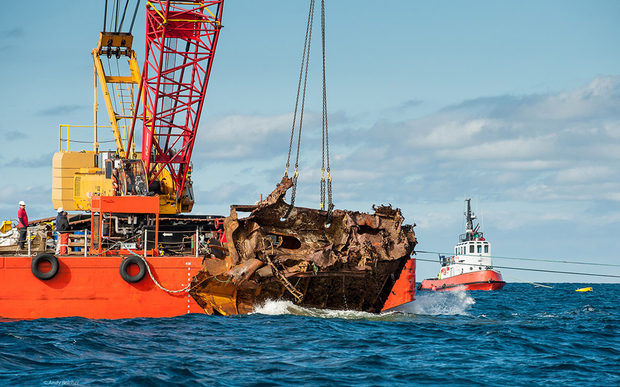 The commissioners have given the ship's owner resource consent to leave what is left of the Rena on the site where it grounded in 2011.

About 350,000 litres of oil was spilled into the bay as a result of the wreck, making it one of the country's worst maritime disasters.

The commissioners also gave consent to any further discharge of harmful substances or contaminants that may come from the wreck, but set extensive conditions.

New Zealand First MP Clayton Mitchell, who is based in Tauranga, said the country should not pay the price for the ship owner's mistake.

"We need to be putting the ownership on these shipping companies, and on these oil companies," he said.

The government needed to be more prepared for maritime disasters, Mr Mitchell said.

Environment Minister Nick Smith said trying to remove the rest of the Rena from the reef would risk lives and cause further damage to the environment.

A sensible decision had been made from clear evidence and science, he said.

Dr Smith said it had been a thorough process, and groups opposing the decision needed to accept it.

Those objecting to the decision have three weeks to lodge appeals with the Environment Court.