A resource consents hearing seeking to allow what remains of the wreck of the container ship Rena to stay on the Otaiti - Astrolabe Reef off the Bay of Plenty coast opens today. 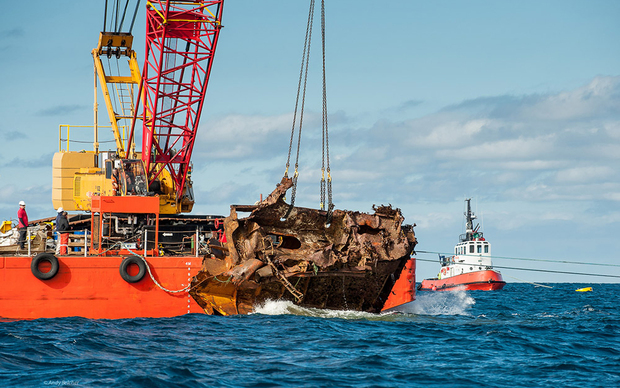 The 38,000-tonne vessel ran aground on the reef on 5 October 2011 and eventually broke up. The vessel had 1368 containers and approximately 1700 tonnes of oil on board.

Since the grounding, salvage work has removed parts of the wreck that were above sea level, including structural work, containers, cargo and debris.

See images of the sea floor at the main areas of the wreck site (video provided by The Rena Project).

Not all are expected to be heard in person, with some submitters happy for the commissioners to read their evidence.

The owners of the ship want permission to abandon the remains on the seabed and to allow for any potential discharges of contaminants in the future.

The consents are opposed by some iwi groups, but have the backing of the Bay of Plenty Regional Council, with conditions. Other submitters are opposed to the application, some support it and some are neutral.

Salvage work stopped in February while the ship's owners waited for the resource consents process to begin. It was originally expected to start in June but was delayed until now.

The hearing at ASB Park in Mount Maunganui is expected to take about six weeks.