The Salvation Army has handed out more than 54,000 emergency food parcels in the past year - up 9 percent on the previous year. 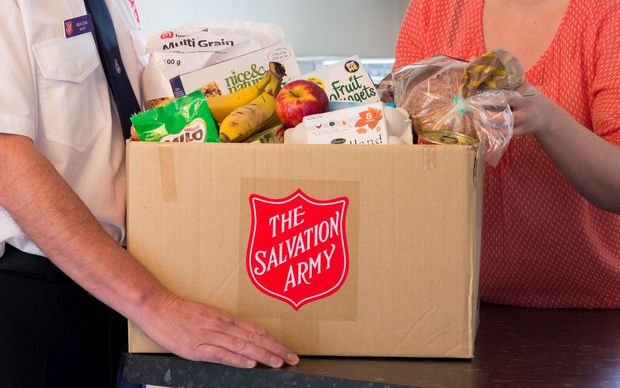 The organisation received pleas for help with food from 319 new individuals every week in 2015 and 54,556 food parcels were delivered.

"What we're seeing is people are facing increasing rent charges and housing costs. People are in debt, there is lots of debt that they take on to get them through an emergency , and when it impacts on them they go to a higher interest lender. And when you're income static, and all those prices have started going up, it impacts on how you provide for yourself."

Ms Waugh said those in need of food parcels included people on welfare and those on the minimum wage.

The trend has continued into the new year, with 10,088 families provided emergency food parcels in the first quarter of 2016, up 8.98 percent on the same period last year.

Ms Waugh said more than 120,000 adults and dependent children were provided either emergency food parcels or assistance in areas such as accommodation, social work, addiction services and social support from the Army in the past year.

"We have over one quarter of a million children living in poverty in New Zealand and half this number living in crowded, substandard living conditions. Of these children, over 61,700 under 17 year olds have parents that regularly access our services."

The Army provided another 89,020 bed nights to individuals and families in need

"Numbers can numb the mind, but the individual human beings will break your heart," says Major Waugh.

"An unexpected large bill, redundancy or a relationship that suddenly disintegrates can mean those who were already living day to day find themselves living meal to meal and in circumstances where they feel helpless and unsafe."

The Salvation Army is starting its Red Shield appeal today.