Visa figures show schools and private tertiary institutions are bearing the brunt of a fall in foreign student numbers. 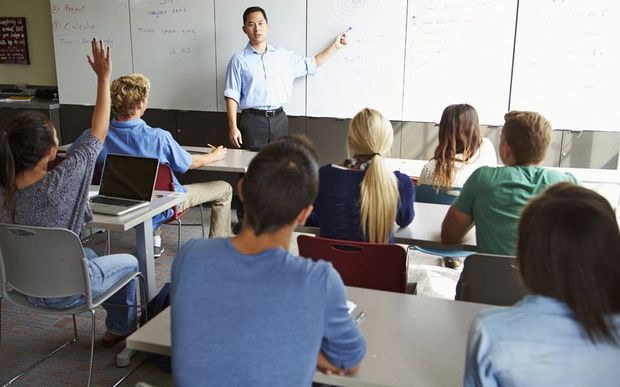 Figures published by education promotion body, Education New Zealand, show that in the first three months of 2016 there were 27,268 foreigners with student visas, 1725 or 6 percent fewer than in the same period for 2015.

The figures show visas for students wanting to study at private tertiary institutions have fallen by 1023 or 12 percent, mostly due to declining numbers from India.

"Enrolments are down significantly, we think between 40 and 50 percent which is a big number. We were expecting a pick up through July and into the spring, so we're probably over the year looking at a 30 percent drop off in numbers."

Mr Chalmers said the fall was because the rules on students' English language skills were tightened last year following large-scale fraud by students applying from India.

Its chairperson Christine Clark said members were reporting a modest decline, but it was not all bad.

"They are down a little bit but they're saying that the calibre of student is far higher than they've had in the recent past, especially from the Indian market, so they see that as a huge positive."

Primary and secondary schools have also been hit, with nearly 500 fewer student visas than at the same time last year due to falling numbers from Thailand, Korea and Japan, but more from China.

He said the student visa figures did not include foreign children who visited in school groups or for a short period of time.

"So while the visa data is showing that numbers are down a little bit, I think there's other areas that aren't caught by that data which are doing quite well."

Education New Zealand's acting chief executive John Goulter said the number of visas grew so much last year, about 13 percent according to the organisations figures, it was not surprising this year's figures were lower.

"We're seeing that as a consolidation and a reflection of a few factors such as tighter English language requirements in some markets such as India. We think we're probably looking at a year of consolidation which overall is a good thing for where we're seeing the international education industry go."

Mr Goulter said the visa figures tended to match actual enrolments pretty closely and there were likely to be more than 120,000 international students in New Zealand this year.

The figures show the number of visas for foreign students wanting to study at polytechnics and universities is 1 percent lower than at the same time last year.