Lovers of Prince - aka the Purple One - are remembering his incredible performance in New Zealand, just two months ago. 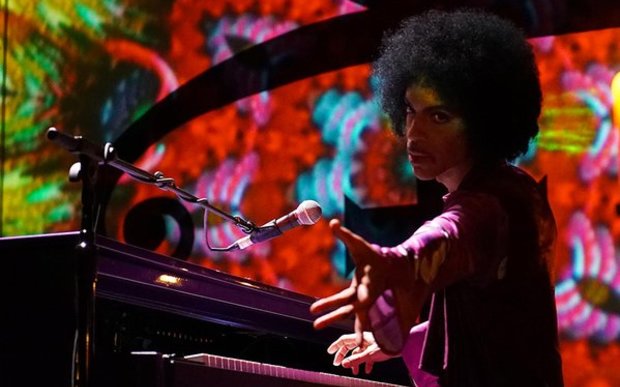 Prince came to New Zealand as part of his 'Piano & a Microphone' tour. Photo: Courtesy of Dainty Group

One music fan with an encyclopedic knowledge, @dimsie, was at the Auckland show.

"The Sky Tower was lit purple," she said.

"We were a bit grumpy because the ticket collection process was so elaborate and difficult. My husband may or may not have muttered something about Prince being a paranoid asshole.

"The muttering stopped short the moment he appeared. A small, transfixing silhouette in front of a kaleidoscopic background. I'm not sure how he did this amazing thing, filling a room with his energy simply by walking on stage.

"He made U Got The Look into an intense, minimalist jam, putting space in all the right places. He sang Ray Charles' Unchain My Heart and Joni Mitchell's A Case of You and Raspberry Beret and, somehow, made Kiss impossibly funky merely with a piano and his own incomparable self.

"All of us danced and sang and laughed and cheered.

Party over, oops, out of time.

"Perhaps we were a tiny bit surprised at just how much of an experience he gave us. This morning when I heard the news I raged futilely about that incredible energy being gone, although I am informed that energy doesn't disappear, it just gets transformed.

"I just hope whichever entity gets it next can play I Could Never Take the Place of Your Man really well."

Memories of watching the Cream video on MTV as a little girl and thinking how exciting it was https://t.co/GJDmVW0r0n via @giphy

From 1979 until his death, prince was publicly, defiantly his own person. That's so incredibly important.

I'm telling you one you put on a Prince album today you will struggle not to smile. THAT'S a legacy. pic.twitter.com/WpBsIBm9QC 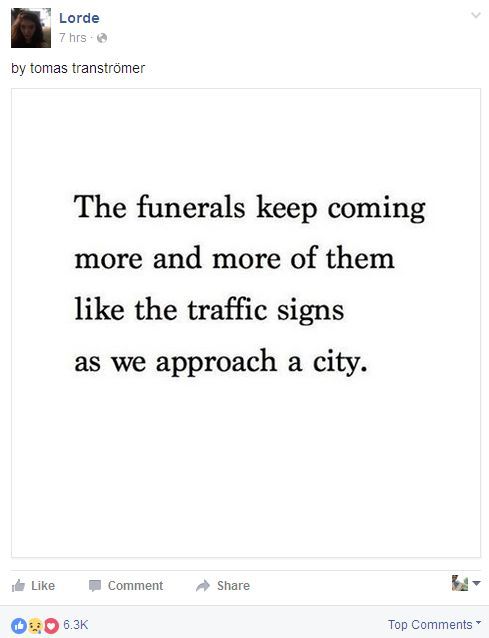 This is what it sounds like when doves cry...☔️ #ripprince

Sometimes It Snows In April

O boy, not @prince. Grateful to see THAT amazing show in Akld this year, thanks for so much wonderful music - RIP. pic.twitter.com/fexvvwteXQ

But it's the fans who get the last word:

We're losing our freaks, those that told all us weirdos that we're ok, that we didn't have to be like the cool kids, to hold our freak high.

Dearly beloved / We are gathered here today / 2 get through this thing called life. https://t.co/rFT6AWVPGm #Prince pic.twitter.com/HTQe4VfwvP

"Dearly Beloved
We are gathered here to today
To get through this thing called Life."
- Prince. pic.twitter.com/hiynFpSwkG

Check out RNZ's coverage of Prince over the years, but for now, just sit back and admire the the man in all his glory. 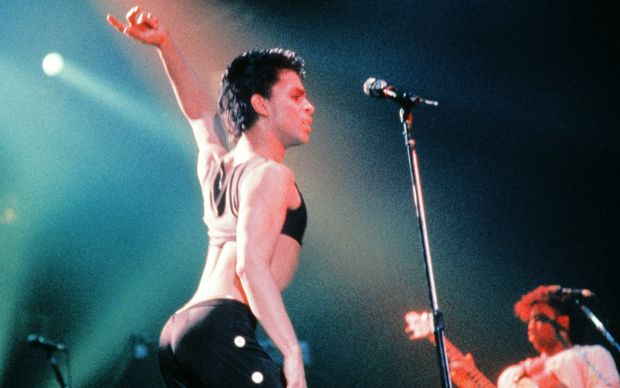