Teenage offenders discovered personal ties to Anzac Day while making a wreath which will be seen by thousands at the National War Memorial Park. 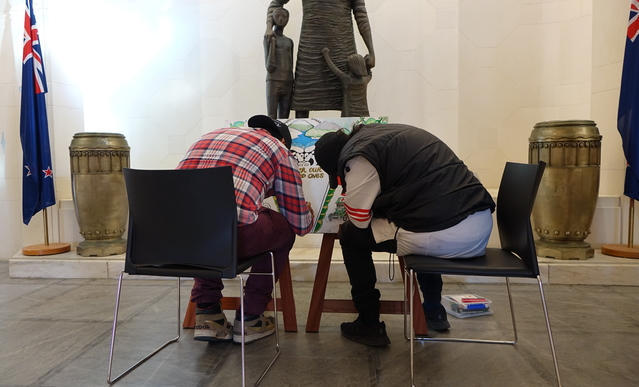 Eight teenagers taking part in Corrections' Mauri Toa Rangatahi rehabilitation programme in Wellington were inspired to create the wreath after learning about their ancestors who fought for New Zealand.

The wreath captures their Māori, Pasifika and Irish backgrounds, with an overriding message of remembering the ones you love.

The teenagers, who are doing the programme because of issues with violence or drugs, recently toured the Dominion Museum's Great War Exhibition and the Pukeahu National War Memorial Park.

"They sort of gathered their impressions and their emotions from the experience and decided to put a project together."

It was great to see the group engage with this sort of work, he said.

One of the teens who worked on the wreath said visiting the War Memorial was one of the best things he had done on the programme.

"I thought this place was real boring, and then came here and this is pretty all good. Like this place ended up on my snapchat," he said. 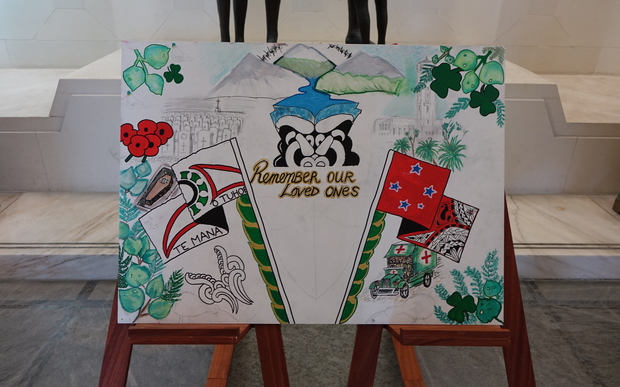 The wreath in the Hall of Memories at the National War Memorial. Photo: RNZ / Edward O'Driscoll

Ministry for Culture and Heritage heritage operations advisor at the Ashley MacKenzie-White, said she wanted to make sure the men left their mark at the National War Memorial.

"I'm kind of aware these places are quite foreign to them, and they might not feel a sense of belonging."

The men were asked to create a piece of artwork that had a message in it as well as parts of their culture, she said.

"They had ancestors that served in the Maori Battalion and also with the New Zealand Expeditionary Force in the World War I.

"It was really cool to be able to look up their records and say, this is your tīpuna, he was this tall, he had these colour eyes, so they can kind of see themselves in those people."

The wreath will be on display at the memorial, which 20,000 people are expected to visit over the weekend. 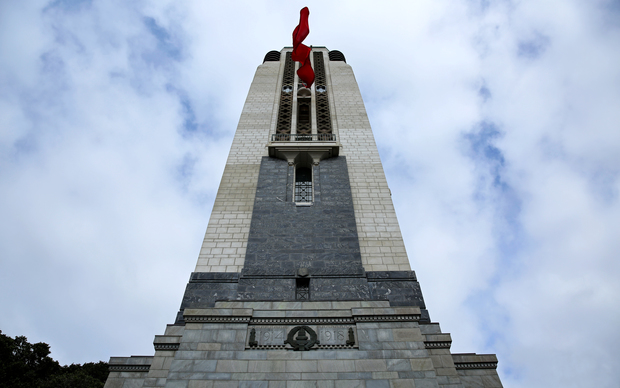