New Zealand has been accused of cheating in the way it fights climate change.

The accusation comes in a report written for the Morgan Foundation of millionaire philanthropist Gareth Morgan.

But the report, written by Geoff Simmons and Paul Young, says the New Zealand scheme is a fake. 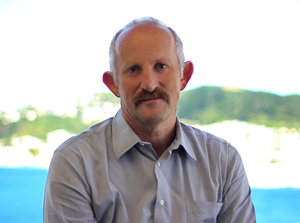 In a caustic foreword to the report, Gareth Morgan wrote "we are, without doubt, cheats".

The report said New Zealand's real greenhouse gas emissions have gone up since 1990, which was the date they were supposed to start coming down from. But New Zealand could get away with raising its emissions here by paying money to other countries where emissions were actually being reduced.

The trouble is, the report argues, emissions reductions in other countries were sometimes more apparent than real, and in some cases downright fraudulent.

"One type of credit (the Emission Reduction Unit) was overcome by fraud and corruption in Ukraine and Russia," the report said.

"Virtually all of the credits issued by these countries are 'hot air' - they do not represent true emissions reductions."

The report said New Zealand was proportionately by far the largest purchaser of these Ukrainian and Russian credits.

"This was due to deliberate decisions by the National-led Government to - unlike any other country - continue allowing unlimited use of these and other foreign credits for as long as the international community let us.

"Our Government now plans to knowingly utilise all these fraudulent credits so it can claim we are meeting our international obligations through to at least 2020. Meanwhile our actual emissions continue to grow in excess of our targets."

The government has recently banned the purchase of these credits.

But the surplus built up earlier as a result of the purchases is allowed to be carried forward.

This enables the government to claim that it will meet its targets for 2020, irrespective of greenhouse gases being poured into the atmosphere every day.

The way the scheme operated was faulted for two other reasons.

One was that the rush of cheap credits pulled the price of carbon down so low there was no incentive for people to plant trees.

Second, smart people have been able to use the system to make large amounts of money overnight via arbitrage, instead of using it to improve the environment.