ANALYSIS: As governments and lawyers scramble to comprehend an unprecedented leak of private financial documents, known as the Panama Papers, tax experts in New Zealand say it may have put our reputation at risk.

The 11 million confidential documents revealed how scores of the world's wealthy and political elite used Panamanian law firm Mossack Fonseca to set up tax havens, including in New Zealand. 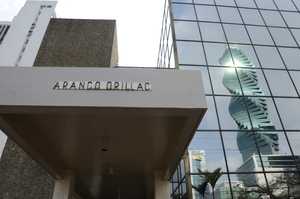 The building in Panama City where Mossack Fonseca has its offices. Photo: AFP

The documents show links to 72 current or former heads of state, including dictators accused of looting their own countries.

Obtained by German newspaper Suddeutsche Zeitung, they were shared with the International Consortium of Investigative Journalists and appear to show how Mossack Fonseca may have helped clients launder money, dodge sanctions and evade tax.

For its part, the firm responded by saying it had operated beyond reproach for 40 years and has never been charged with criminal wrong-doing.

How do offshore trusts work here?

There are more than 12,000 offshore trusts registered in New Zealand.

Professor of Law at Auckland University Michael Littlewood described it as a small but growing industry.

"Discussions with people working in the field...suggest that the industry generates somewhere between $25 million and $50-million per year."

Under current law, an overseas trust set up in New Zealand with overseas assets but which does no business in this country and has no local income, is tax exempt.

"We would probably find if we looked at these foreign trusts that many of them relate to family wealth holdings where the families or the businesses are operated in jurisdictions which are not as stable or don't have the same property rights or things as New Zealand."

Inland Revenue said it regularly exchanged information with its tax treaty partners, including responses about foreign trusts set up locally.

He said that with the exception of Australian residents, the trustee of New Zealand foreign trusts did not have to disclose the identities of the people putting assets into the trusts, where they come from, what the assets were or their value, or who benefitted from them.

"As currently provided for, they (the disclosure requirements) are woefully inadequate."

Professor Littlewood called for provisions to be beefed up to avoid New Zealand being branded as a tax haven, including trustees being required to update information annually. 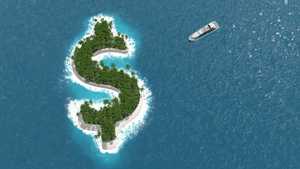 No more time in paradise - The Panama Papers have put tax havens under the spotlight. Photo: 123RF

Time for an overhaul of our tax laws?

Professor of taxation at Auckland University Craig Elliffe said the revelations showed New Zealand's laws were out of date and the rules needed to be tightened.

"It's out of step with international norms and the fact there's been a focus on this type of secrecy and the use of foreign structures to avoid different countries' tax regimes means it doesn't really have a place in the 21st century.

But the Government was unmoved by calls for change. Prime Minister John Key rejected any suggestion New Zealand is a tax haven, saying it operated under a system of full disclosure.

He said the tax system was reviewed by the OECD in 2013 and was given what he described as a "clean bill of health".

IRD said it had compliance systems to flush out those who used offshore trusts to hide their wealth and avoid tax.

It said it was trying to get more details of any New Zealanders who may have been involved with Mossack Fonseca.