An obscure law firm in Central America is at the centre of the world's largest data leak.

The massive security breach shows how a global industry of law firms and big banks sells financial secrecy to politicians, fraudsters and drug traffickers as well as billionaires, celebrities and sports stars.

The exposé of Panama-based Mossack Fonseca has been made possible by an unprecedented leak of more than 11 million documents to German investigative newspaper Süddeutsche Zeitung. 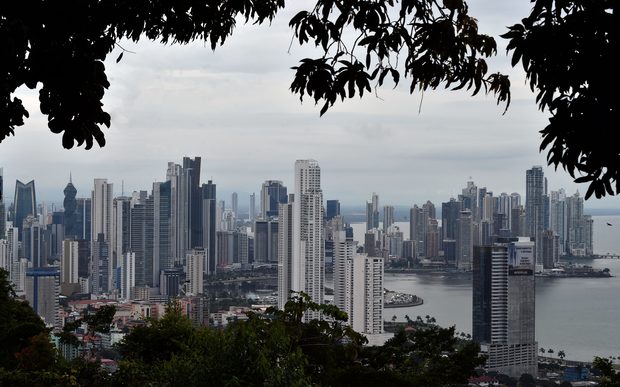 Mossack Fonseca is based in Panama. Photo: AFP

The leak came from an anonymous source and was then shared with the International Consortium of Investigative Journalists (ICIJ) which organised an investigation by news organisations around the world.

The cache of documents includes emails, banking details and client records dating back 40 years and reveals the inner workings of a law firm famed for its secrecy.

At the helm of Mossack Fonseca sits German-born lawyer Jurgen Mossack and Panamanian lawyer Ramon Fonseca, who until a month ago worked as an advisor to Panamanian President Juan Carlos Varela. 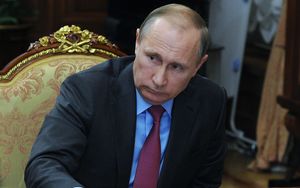 The company has opened offices in New Zealand and Samoa in recent years, while more than 1000 Australian links to companies have been found in the data leak including the passports of hundreds of Australian citizens connected to companies as directors, shareholders and beneficial owners.

Twenty-nine Forbes-listed billionaires are also named in the leak.

Mossack Fonseca's success relies on a global network of accountants and prestigious banks that hire the law firm to manage the finances of their wealthy clients. Banks are the big drivers behind the creation of hard-to-trace companies in tax havens. Commerzbank, HSBC and Societe Generale are all clients.

Much of the firm's work is perfectly legal and benign. But for the first time the leak takes us inside its inner workings, providing rare insight into an operation which offers shady operators plenty of room to manoeuvre.

How does Mossack Fonesca operate?

Mossack Fonseca registers companies in tax havens on an industrial scale. Many companies exist on paper only with no office and no employees.

One of the big selling points is anonymity.

Clients can pay Mossack Fonseca extra to provide front people known as nominees so they can act as shareholders, directors or even the owners of companies.

"This is always a really good opportunity to launder money. This is, they are doing really huge transactions from one country to another and they are hiding it and masking it in a way, so you really can't follow the money," German investigative journalist Bastian Obermayer said.

Mossack Fonseca has registered more than 200,000 companies, trusts and foundations in secretive jurisdictions around the world, roughly half in the British Virgin Islands and the rest split between countries including Panama, the Seychelles, the Bahamas and Samoa.

One of the key findings of the massive leak is that Mossack Fonseca is far more intimately involved in moving money than previously thought.

They say they are just middlemen, who never deal with the end customer.

But the leaked files show the firm handling bank accounts for its clients.

According to the International Consortium of Investigative Journalists, in 2006 Mossack Fonseca expanded its business from selling shell companies and trust accounts to handling the finances of some clients or, as they described it, "discretionary portfolio management - called Mossfon Asset Management S.A. or MAMSA".

According to the documents, the firm's in-house asset manager operations handled more than 4,700 transactions and at least $1.2 billion in client money between mid-2007 and mid-2015.

It also offered another premium service, Mossfon Escrow, in which a customer would deposit money in MF Trust's escrow account and then MF Trust would send that money on as if it were its own money.

The documents reveal one Australian client, who only weeks after being released from prison after serving five or so years on 66 counts of fraud, contacted Mossack Fonseca directly to request an escrow account.

Yes. The use of shell companies in tax haven jurisdictions is legal. However, the opaque environment in which they operate is often open to abuse by criminals and individuals who want to avoid liability by keeping their identities and activities anonymous.

The international standard governing shell companies, set by the inter-governmental Financial Action Task Force (FATF), is clear-cut. It says countries should take all necessary measures to prevent their misuse, such as ensuring that accurate information on the beneficial owner is available to "competent authorities".

Author of the forthcoming book 'Chasing Kleptocrats' and professor at Griffith University, Jason Sharman, said nominee beneficial owners are illegal in pretty much all jurisdictions.

"It's a very deliberate attempt to beat the system," he said.

If authorities came looking for a particular individual behind a company with a nominee beneficial owner they would not find them.

What are shell companies?

Shell companies exist on paper only. Unlike real-life companies they have no office, no employees and no legitimate use other than to hold an asset or a bank account.

More than half of the companies incorporated by Mossack Fonseca are registered in the British Virgin Islands, a jurisdiction described as an "ask-no-questions, see-no-evil company incorporation regime" by the Tax Justice Network.

The cost of setting up a shell company varies from around $200 to $2,000. All you have to do is provide some identification documents and disclose the type of business the company will be used for. "Investment" and "wealth management" are popular selections.

Shell companies are also the perfect vehicle for moving large sums of money across international borders without a trace. In recent years Russia's President Vladimir Putin and authorities within China have been trying to haul back billions of dollars taken offshore by corrupt officials.

Tax havens are firmly entrenched in the global financial system. According to the Tax Justice Network, they account for 50 per cent of all world trade.

The tax haven system is also considered a major driver of income inequality.

James Henry from the Tax Justice Network said tax havens are a global network of secrecy jurisdiction where the world's wealthiest people exploit the system to avoid paying tax.

According to the OECD, economic growth has disproportionately benefited higher income groups while lower income households have been left behind.

It is a trend that is becoming more pronounced in Australia. Last year the OECD reported that the average income of the top 10 per cent of income earners in Australia is almost nine times higher than that of the bottom 10 per cent.

The Australian Tax Office says it is working on a figure that identifies how much tax revenue is lost due to tax avoidance and evasion.

Australian Tax Office deputy Mark Konza told Four Corners it is a figure in "large dollar terms" and it is a problem the tax office must "continue to address".

In recent years the Tax Office sent 46 people to jail as part of their Wickenby Program, an investigation targeting tax evaders, some of whom appear in the leaked Mossack Fonseca data.