A warmer and possibly drier than normal autumn and start to winter is on the way. 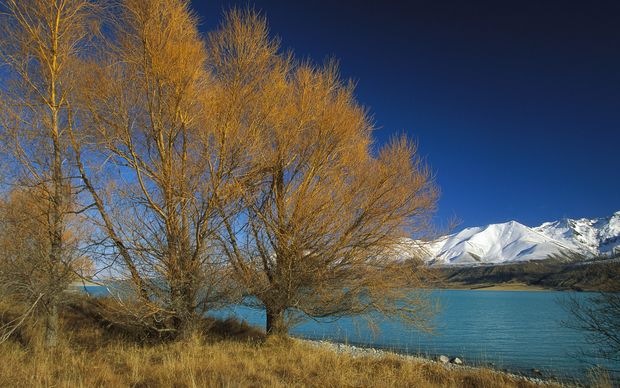 In its Seasonal Climate Outlook for the next three months, the National Institute of Water and Atmospheric Research (NIWA) said temperatures would not be as cool as usual, and El Niño looked like it was on its way out.

Forecaster Chris Brandolino said people in the North Island might be able to make a few more visits to the beach.

Despite the warmer weather, there would still be cold snaps that should help provide some snowfall for skiers, he said.

"We expect rainfall to be near normal or below normal for the North Island as well as the eastern part of the South Island," he said.

"For the rest of the country, we think the west of the South Island will find [it gets] above normal rainfall.

"For the northern part of the South Island, it's a tough call - we think near normal rainfall is likely but it's always a tough area to forecast. 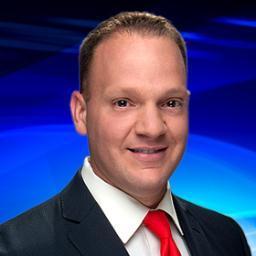 "The big takeaway is New Zealand will find a warmer than usual autumn and beginning of winter."

Evidence for warmer than usual temperatures for the months of April, May and June across the entire country was "pretty compelling", he said. 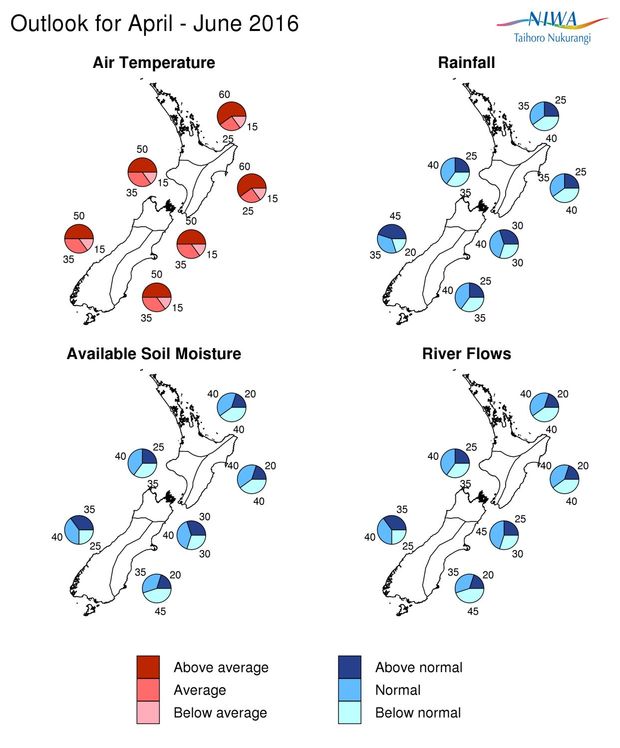 El Niño conditions, which can lead to intense storms and droughts, were not expected to last much beyond a couple of months, Mr Brandolino said.

"El Niño is weakening pretty rapidly, and we think we'll find by the end of autumn or early winter conditions returning to what we call 'neutral'.

"As we work our way into winter, and perhaps even the beginning of spring, we may see a La Niña developing, which is basically the opposite of El Niño. Typically, we can find warmer than usual conditions for summer."

"But that's getting ahead of ourselves," he said, with the current outlook only taking the country as far as June.