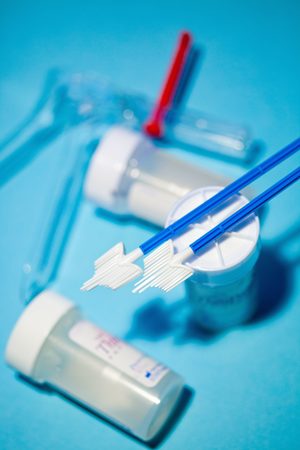 Some of the equipment used by doctors in cervical testing Photo: GARO / Phanie

The Auckland and Waitematā District Health Boards hope it might lead to more women from groups with low screening rates, such as Māori and Asian women, being tested.

Under the study, 200 Māori women will use a swab to test themselves for the HPV virus - a strong risk factor for cervical cancer.

They will be able to do that at their local doctor's, or take the test kit home and return the sample to their GP.

In the current test, doctors use a speculum to help them take a cell sample from the cervix but the self-test is taken from lower in the vagina and, as a result, is much less invasive.

A public health physician at Waitematā DHB, Karen Bartholomew, said self testing might reduce some of the barriers that prevent women from being tested, such as embarrassment or discomfort.

Dr Bartholomew said, while that seemed like a potential disadvantage, studies overseas had shown that most of those women would have the follow-up test.

The government is planning to switch to testing for the HPV virus in 2018, but has not announced any plans for widespread self-screening.