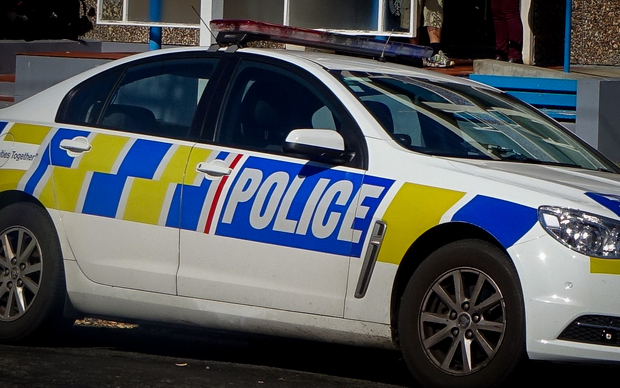 A police pursuit on 7 May last year, in which a fleeing driver died, posed an undue risk to officers and the public, an IPCA investigation has found.

Whanganui man Calum Meyer died after driving through road spikes and colliding with a parked truck.

Police have accepted the IPCA findings.

Police engaged in three separate pursuits of Mr Meyer and laid road spikes on two occasions after he failed to stop when signalled to.

The IPCA findings said police were justified in beginning the first chase, which was called off when Mr Meyer hit a cyclist, but the subsequent pursuits should never have started.

Any pursuit abandoned because of the risk posed by the fleeing driver should not be restarted unless it will significantly reduce those risks or it is likely to result in the driver being stopped, the IPCA said.

Permission to restart a pursuit must be given directly by a pursuit controller before a dispatcher issues the generic pursuit warning, which says if there is an unjustified risk to any person the pursuit must be abandoned immediately.

If this is done out of order an officer could believe he or she had permission to begin a pursuit when they did not, the IPCA said.

Shortly after 9am on 7 May, 2015, police attempted to pull over a green Holden Commodore they believed was being driven by the 25-year-old who was forbidden from driving.

When the officers used their siren the Holden accelerated away from London St in the city towards Great North Road - the northern route out of Whanganui - and the officers informed the shift commander a pursuit had started.

At the top of the Great North Road hill Mr Meyer hit a cyclist after fishtailing across the road and the officers abandoned the pursuit to help the cyclist who was not seriously hurt.

The first pursuit lasted around 52 seconds and the IPCA found it complied with policy.

Click on the icons in our interactive map below to see how the chase unfolded, and follow the events that led to the fatal crash. Follow these icons in order: Red A, B, purple A, B, blue A, B, green and black.

The second pursuit began shortly after, following what appeared to be an attempt by Mr Meyer to "line-up" and drive head-on into a police car heading south on Great North Rd.

The patrol car did a u-turn and gave chase because the officers believed it was a "serious situation" and that the pursuit was "justified because [the driver] had maybe killed someone and nobody knew who he was".

This pursuit lasted approximately one minute and 10 seconds and reached speeds of up to 150kmh heading north on State Highway 3.

It was abandoned after the officers became concerned at the way Mr Meyer was swerving towards oncoming cars and driving on the wrong side of the road.

The IPCA found that while this pursuit complied with law and current policy, there had not been a clear request for, and granting of, authorisation to recommence the pursuit.

It considered from the outset that the risks posed by the second pursuit far outweighed any perceived benefits.

He avoided them by driving on the grass verge, crashing into a ditch in the process.

A police vehicle attempted unsuccessfully to box Mr Meyer in, but an officer was able to positively identify him for the first time.

A third pursuit was initiated after Mr Meyer pulled away because another officer was concerned about the potential harm he posed to the public and the fact he was approaching a built-up area.

Police policy requires officers to abandon a pursuit if at any stage the identity of the offender becomes known, unless there is an immediate threat to public or staff safety.

This pursuit lasted only about 20 seconds, before the officer abandoned it due to the speed and manner of Mr Meyer's driving.

The IPCA noted Mr Meyer's behaviour to that point, including his escalating dangerous driving after injuring a member of the public, pointed to the fact that the third pursuit would be likely to maintain, if not increase, the risk that he posed.

It also found the pursuit did not comply with policy because when the officer abandoned it they slowed down rather than pulling over and stopping.

The officer told the authority that he did not pull over as required because he believed that it was "impractical" and that Mr Meyer was an "extreme risk" and he wanted to maintain sight of him.

A second set of road spikes were set up on a straight section of Tayforth Road which would give time for officers to identify Mr Meyer and time for him to stop.

While officers were setting up the spikes a truck pulled up on the side of the road 26 metres from where they were deployed.

At about 9.30am Mr Meyer approached the road spikes at more than 120kmh and officers said he lost control of his vehicle before running over the spikes and colliding with the truck.

A toxicology report confirmed the presence of methamphetamine and cannabis in Mr Meyer's blood but no levels were provided, so the effect they had on his decision-making is unknown.

Assistant Commissioner: Districts, Allan Boreham, accepted the IPCA findings, but noted they also demonstrated that Mr Meyer was prepared to risk his life and the lives of others to avoid being caught.

"Police do not want to see anybody lose their lives in this way and we extend our sympathies to Mr Meyer's family for their loss," he said.

The IPCA urged police last month to review their policy on chasing fleeing drivers, saying too many young people are dying.