The Independent Police Conduct Authority (IPCA) is urging police to review their policy on chasing fleeing drivers, saying too many young people are dying.

Representatives of the police watchdog appeared before the Law and Order Select Committee yesterday and told MPs the authority was worried about police pursuits.

Three teenagers have died in two separate pursuits in the last month.

IPCA operations manager Warren Young said the authority had been urging the police to review the policy for some time.

"Ultimately it's up to the police, but we'd like to have some clearer rules of thumb so police officers can [make] an instant decision about when it's appropriate [to chase]," he said.

He said they wanted to prevent the deaths of people who were not a danger to the public but instead had just made a bad decision.

The mother of West Coast man Judd Hall who died in a car crash during a police chase said officers often made a mistake when they chose to pursue fleeing drivers.

The 26-year-old was a passenger in a car that was pursued through Greymouth by police in January 2014, after it was seen speeding, and crashed into a house.

His mother, Joe Hall, told Morning Report there should be an independent review into the police's pursuit policy.

"Some people get scared and go faster because they're being chased.

"It's a stupid thing to do, but innocent people die, and that's why I think it needs to be reviewed by an independent authority, not a police one." 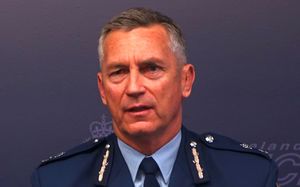 'Close as possible to having the right approach'

Police Commissioner Mike Bush denied there needed to be a policy change.

"We have a real low tolerance for risk. Our staff withdraw from any fleeing driver incident as soon as it gets dangerous," he said.

"There's no easy fix to this and I think we've got it as close as possible to having the right approach."

Mr Bush told Morning Report officers must ensure the public was not in danger, but had a responsibility to intervene when they saw or suspected illegal behaviour, and ask people to remain where they are.

"It's their choice as to whether or not they flee and it's those people that put the public in danger.

"What we're very careful about is that our actions don't enhance or make that danger worse."

"I think we've got it [the policy] as good as we can get it at the moment but that doesn't mean I'm not open to feedback from IPCA and others."

Mr Bush added that if someone came up with a better policy, they would adopt it, but that did not exist at the moment.