Finance Minister Bill English is expecting land values to drop but believes dairy farmers will be able to find their way through the downturn.

Fonterra has again cut the amount it expects to pay farmers per kilo of milk solids. Photo: RNZ / Alexander Robertson

Fonterra cut its milk price forecast yesterday, from $4.15 to $3.90 a kilo of milk solids for the current season, due to continuing declines in dairy prices.

The co-operative estimated that would knock another $400 million from farmer incomes.

The Reserve Bank's last six-month financial stability report said, under a severe scenario, the milk payout would fall to $4, and it assumed farm prices would fall by about 40 percent by 2018 under that scenario.

Mr English told Morning Report the dairy industry has had a focus on growing equity and land value for a long time.

"It's going to be a significant adjustment to getting back to the core business of effective farming for cash flow. They are going to see land values drop, I think that's pretty much certain.

"But I think between the industry and the banks they'll be able to find their way through it.

Dairy farm debt has reached $38 billion, and the Reserve Bank's financial stability report said the risk of non-performing loans had increased over the past two years.

It listed a "severe" future scenario as a milk price of $4. The "worst case scenario" would feature a slow recovery in payout and sharp decline in land values resulting in non-performing loans - in other words, defaults on payments - increasing to about 44 percent. 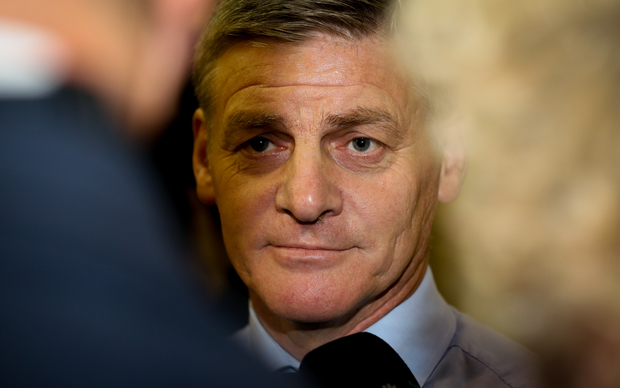 "The indications are it will have some impact, but it won't have such a big impact on the broader economy as it does on the industry itself," Mr English said.

"I think both the banks and a lot of ownership of the dairy industry will maintain their longer term confidence, whatever the short term pressures."

He was ruling out government bail-outs and backing of loans.

"But we will be working with the rural support trusts, we will be continuing and probably increasing support particularly on the science and innovation side."

One prominent Whangarei farmer was already selling his cows, his home, and half his land - saying he could not see a future in dairy.

Ben Smith is a fourth-generation farmer on the Hikurangi swamp, but he said the combination of low returns and 11 floods in 15 years had forced him to quit.

Walking his dairy herd off the land was the one of the hardest things he'd ever done, he said.

"It's embarrassing to be honest. It's a mental break that the person who is in control must take."

"It's extremely hard for the kids in terms of where the future is with the money," Mr Smith said.

"The discussions that are held around the kitchen table and the little questions that are asked by the kids about the future that Mum and Dad can't answer are the hardest ones at the moment."

Because of the dairy downturn, there was a surplus of cows for sale, and if he couldn't find a buyer for his herd they would have to go to the freezing works, he said.

Mr English agreed it was very tough for those in the industry, including Mr Smith and his family.

He said others in distress about the payout drop would also be finding it hard to make decisions. "That's where the rural support trusts and other efforts will need to click in."

Banks taking a risk too

Devon Funds Management principal Paul Glass said the average dairy farmer still had about 30 percent equity in their bank loans but it would become concerning if land values fell.

"Unless we see a strong recovery in dairy prices, I think yes, it is heading towards a bit of a car crash."

He said many of the milk price payout forecasts were unusually optimistic, and the banks could also be in trouble, because they had been lending against land prices rather than the ability of farmers to service the debt.