Fonterra has announced this afternoon that it is to cut 523 jobs as part of its restructuring. 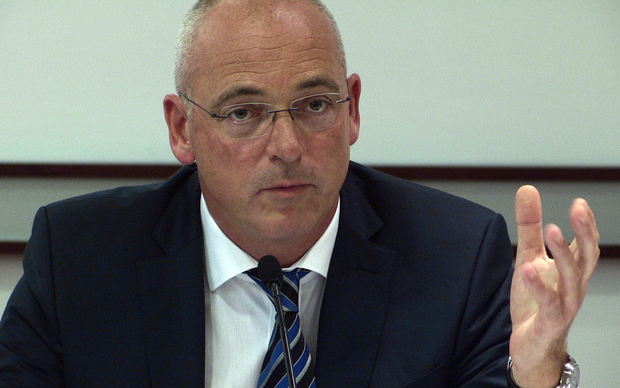 The company's group director of co-operative affairs Miles Hurrell said job cuts would mainly come from New Zealand and be in HR, finance and information systems.

The company said the roles would be axed at a cost of $12 million to $15 million.

Fonterra said it expected to save up to $60 million a year through the job losses.

Fonterra had previously said head office jobs were likely to be shed in favour of increasing staffing in areas like milk collection and marketing.

Mr Hurrell also said he would not be surprised if there were further job cuts later this year and warned that the company would look at at slashing salaries.

"The whole business is being looked at end-to-end. So there is a focus right now of course on the head cut, but it's not about the head cut entirely, it's about how we can optimise the business across the board, nothing's left untouched.

"Our salaries are market based, and remember [we are] a global organisation."

He said every aspect of the co-operative would be reviewed.

Mr Hurrell said Fonterra would look at potentially revising the milk price over the coming days.

The company's chief executive Theo Spierings said the affected staff would be leaving as soon as September.

He said the cuts come after consultation with its central procurement, finance, information services, human resources, strategy and legal teams.

"We have to change to remain strongly competitive in today’s global dairy market." - Theo Spierings: http://t.co/ocOD9M6Tzc

He said the news had been unsettling for the people affected but the company had to change if it was to remain strongly competitive in today's global dairy market.

"Reducing the number of roles in our business isn't about individual competency; it is about continually improving the way we deliver performance."

Mr Spierings said further consultation with staff in areas such as administration, communication, marketing, and health and safety, will take place early next month.

The announcement comes on the same day global dairy prices plummeted in an overnight auction.

Agribusiness analyst Keith Woodford said it was a bleak day.

"Today, with the milk price crashing so much again overnight and what's going on within the company itself - it's just an awful, bleak day.

"It's actually a bleak day for the New Zealand, the foreign currency has dropped about three percent today, Fonterra really does affect the whole New Zealand economy."

Mr Woodford said he expects the job cuts to hit the middle and lower management jobs in the pocket.

Fonterra is gonna save $60 million per year by firing 523 staff. My math puts that at about $114k per worker. Really?