Career criminal Arthur Taylor's latest bid to have the ban on prisoner voting ruled unlawful has been rejected. 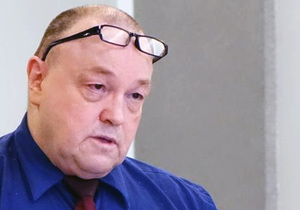 The High Court dismissed the claim from Taylor and six other inmates that they were unlawfully barred from voting in the 2014 general election.

Parliament passed a law in 2010 preventing all sentenced prisoners from voting, no matter how long their sentence.

Previously, all prisoners serving a jail term of fewer than three years could vote.

Last year, the High Court ruled the ban inconsistent with the Bill of Rights Act, but said it had no power to overturn the legislation because Parliament had passed it lawfully.

In the latest case, Taylor and the other inmates claimed that the ban was not lawful, because changes to who could vote needed to be passed with a 75 percent majority.

However, in a judgement issued today, the High Court ruled that the 75 percent majority only applied to changing the voting age.

The group also tried to argue that Maori prisoners had their human rights breached, because the large number of Maori prisoners meant they were disproportionately affected by the ban.

The court also dismissed that claim.

Taylor is currently serving a 17-year cumulative sentence in the high-security A Block at Paremoremo and will be released in 2022 if he isn't granted parole earlier.