Thousands have already been but more are expected at Orakei Mārae to pay their respects to Māori academic and leader Ranginui Walker. 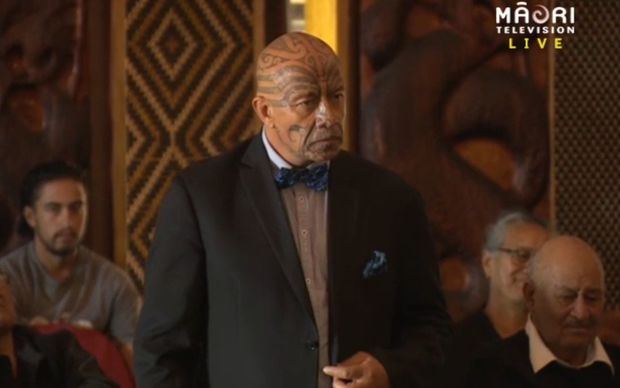 Dr Walker died on Monday, aged 83, and his tangihanga is being held at Ōrākei Marae.

The author of Dr Walker's biography, Te Mata Toa, Paul Spoonley was also at the marae this morning.

Some mourners are remembering him for his work as a mediator between two worlds - Māori and Pakeha - and his effect on all is evident.

Dr Walker dedicated much of his life to documenting significant historical events from a Māori perspective which resonated with many non-Māori.

Māori land and district court Judge Carrie Wainwright worked with Dr Walker on the Waitangi Tribunal and on her way to the funeral she was reminded of how respected he was.

"In a shop I was talking to a Pakeha woman who had no particular interest or connection to the Māori world and I said I was coming up to his tangi and she said 'oh Ranginui Walker, I would always listen to him'."

Judge Wainwright said Dr Walker's in-depth knowledge of the Māori world was one of the reasons he was able to explain it so well to those who did not understand.

"He had a really fair mind and when he gave his perspective on something it was a view full of integrity."

Auckland University Vice-Chancellor Stuart McCutcheon said Dr Walker would be recognised as one of the greatest Māori academics of his time, and called him an interpreter between Māori and Pakeha.

"He worked between those worlds and was committed to not only to Māori in this country but to the country as a whole and to its furtherance through education, so he was certainly a person who could build bridges, who could interpret between different paths and aspects of New Zealand."

He believed it was Dr Walker's commitment to education which enabled him to easily walk in both worlds.

Te Wānanga o Aotearoa chief executive Jim Mather agreed, saying even though Dr Walker spent most of his academic career at Auckland University he was a great support of whare wananga.

Dr Walker influenced many people, including himself, he said.

"I can remember as a young man reading his article in the Listener and understanding his views, and I think he actually shed light on many of the issues that Te Ao Pakeha were not familiar with."

Dr Walker will remain at Orakei Marae today and his funeral will be held tomorrow.