Two journalists have paid tribute to academic and writer Dr Ranginui Walker, saying he was interested in the pursuit of truth and always gave a story mana.

Dr Walker - who was a leader in many of the debates and developments among Māori - has died aged 83. 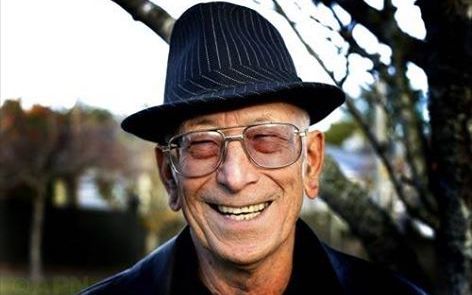 Annabelle Lee and Mihingarangi Forbes produced a series of investigations into the Kohanga Reo National Trust, which led to several inquiries, audits and a number of debates around the role of Māori journalists in reporting on Māori organisations.

When they left Ranginui Walker wrote a letter saying this:

"Native Affairs is the modern day marae where a person should be blown about by the wind and shone on by the sun. Then we will know the truth."

Ranginui Walker once remarked that the issue of race relations in New Zealand is being resolved in the bedrooms of the nation.

As the product of this particular brand of Māori/Pākeha diplomacy, Ranginui's pragmatic analysis has always resonated with me.

I was fortunate enough to take Ranginui's Maori Society paper at Auckland University back in the 1990s. The prescribed text of course was his magnum opus Ka Whawhai Tonu Mātou.

What made his paper and his book so popular with students and readers alike was his unfussy narrative, his clear thinking and, above all else, his matter-of-fact story telling.

Ranginui Walker has been an unwavering voice-of-reason in a country that shouts down any opposition to the preferred fallacy that 176 years ago Māori woke up and decided they no longer wanted to be the rangatira of their own country and happily signed over their sovereignty.

It's serendipitous that on the morning Aotearoa lost one of our most important recorders of history, I found myself speaking to a bunch of aspiring journalists who are studying communication at AUT.

As a young reporter I would often turn up at Ranginui and his wife Deidre's whare hoping to interview him about whatever the big story of the day was.

No matter how complex or simple the issue, he was generous with his time and mind and would always make himself available to talk, even to a rookie like me.

He gave a story gravitas and mana.

I wonder who this next bunch of journos will be able to call on to do the same?

In recent years Ranginui Walker has been a staunch supporter of mine and Mihingarangi's brand of journalism.

During the backlash over our kohanga reo investigations Ranginui draped his korowai over us and encouraged us to keep on going. He even wrote a letter to the editor of the NZ Herald supporting our work.

His intellect, unflinching honesty and modern analysis will be sorely missed as we continue our arduous hikoi to nationhood as treaty partners, equal in mana and status.

On a personal level, I will miss his kindness, good humour and generosity.

Listen to interviews with Ranginui Walker from RNZ's archives

Ranginui Walker was not whānau in terms of blood, but I considered him and his wife Deidre my adopted urban whānau, who'd always be watching my career and letting me know when things needed sorting.

They'd been in touch recently and even in his last days they'd provided some good advice.

I was meant to visit them last week but never made it. I'd been busy assisting with the release of RNZ's Māori strategy and I wanted to be able to take the finished product to his house and have a cup of tea over it.

That never happened and today when I called around, the strategy was finished and I was saying goodbye for the final time.

Ranginui was so strategic in his thinking that even in his final days he was making sure the tauihu (bow) of our waka was pointing in the right direction.

I grew up with his work in the bookshelves of my house and as a young reporter I was humbled to meet him.

He was not one to muck around and when I bumped into him around the greenrooms of the country he'd be offering up an opinion with a whakapapa about the cause, the condition and the solution of the issue.

I'm so very fortunate to have had his ear and his guidance over the years.

When I took time off with my first child he called me and asked where I'd disappeared too. I told him I was on maternity leave and he said: "Do what you need to do and get back to work you've created a hole and we need you back."

He was wise, sharp as a nail and never took his eye off the ball.

He was frank and to the point but he had a sparkle in his eye that gave you an opening to a warm caring soul.

Thank you Ranginui for being a guiding figure for me, for our people and for our nation.

Mr Walker will lie at his home in Epsom, Mt Eden, and then be escorted by Whakatohea and his whānau to Ōrākei Marae on Wednesday at 11am.

The funeral service begins at 11am on Friday, March 4, at Ōrākei Marae. He will then be taken by loved ones for a private cremation.