A portable anaesthesia machine is being described as a game-changer for rural areas in developing countries. 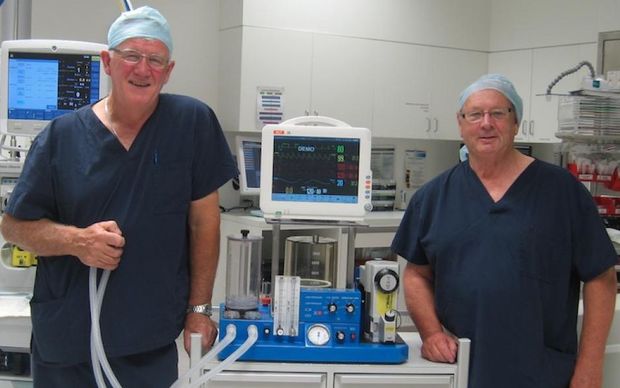 Anaesthetist John Hyndman and engineer Ivan Batistich designed the machine and both have been named New Zealand Innovators of the Year.

Dr Hyndman said the machines were a game-changer for developing countries who had a huge need for reliable and affordable anaesthesia machines. Western equipment was normally too expensive.

The machines needed certification before it could be manufactured on a wider scale, and was likely to cost between $10,000 and $20,000 per unit.

They could be developed further by the military and veterinarians, Dr Hyndman said.