The Government is considering sweeping changes to the way it funds family doctors. 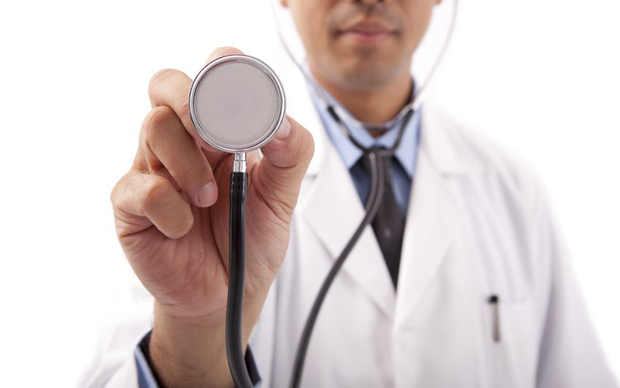 A report to the Minister of Health from a GPs' group suggests those most in need could get cheaper doctor visits, no matter which GP they go to, while others who can afford it could pay more.

About a third of the country's GP practices get more funding in return for charging lower fees even though about half their patients are not classed as poor.

GPs who are not in the Very Low Cost Access Scheme (VLCA), but see a similar number of high needs patients, complain that's unfair.

Wellington GP Dr Peter Moodie said no one was very happy with the scheme.

"These practices have been getting special funding for some years, but the funding has now become so complex that virtually everyone wants to review how that funding works."

In 2014 the New Zealand Health Survey found half a million people did not visit a GP because of the cost.

Dr Moodie, who chairs the Primary Care Working Group on General Practice Sustainability which wrote the report to the minister, said its suggestions would help those people.

The group suggested scrapping the low cost scheme and instead having funding follow high needs patients, regardless of which GP practice they attend.

Wellington GP and University of Otago lecturer Ben Gray said allocating the funding by patient rather than practice would leave some practices shortchanged.

"If you don't increase the amount of the funding and you all you say is, 'okay we'll have the same sum of money and we'll just divide it amongst all the people eligible for VLCA funding as individuals' all other things being equal, you're going to remove 50 percent of the funding from VLCA practices."

To make up for the shortfall, practices could ask for more money from those who can afford to pay but Dr Gray said that was also problematic.

"If someone's just over the threshold of a VLCA targeting - and this is the problem a gross targeting mechanism - they may not have the money to pay."

Dr Moodie said the financial impact of the change on practices would depend on how many high needs patients were enrolled.

"If you have a practice with a lot of people with high needs, you won't see any particular difference. But if you are in a practice where there are not too many high needs then you might see a real difference."

Dr Gray said the report did not address many of the issues faced by those practices who treat the poorest.

"The biggest problem at the moment in terms of care for the poorest in the country is that those practices working in the highest needs area have terrible trouble employing staff.

"They run on the smell of an oily rag, they often have trouble with financial sustainability and any change to their funding downwards will just make all of that worse."

The report said the small number of practices with high and complex needs should be entitled to extra funding, possibly full funding.

It said the decision on which practices were eligible was a matter for a DHB under Ministry of Health guidelines.

But Dr Gray was sceptical. "I've got no confidence in that as being a mechanism to ensure that these practices don't fall over because of the amount of pressure that the DHBs are under anyway and most of the higher need practices are in DHBs that are already struggling."

The report also acknowledged GP funding had not kept pace with inflation for the past decade, a point Health Minister Jonathan Coleman rejected.

Labour's Health spokesperson Annette King said the changes would only work if more money was put in.

"The evidence points to the fact that it has not kept up with inflation, even Treasury have said that they're only making a contribution to the cost pressures, and I think probably the GPs have a better idea of the pressures they're facing than the Minister does, but overall the health system has not kept up."

Dr Coleman declined to make detailed comment, but said he had read the report and had asked officials for more information.