Preparations are underway in Wellington for the arrival of the first group of refugees from Syria under the emergency intake. 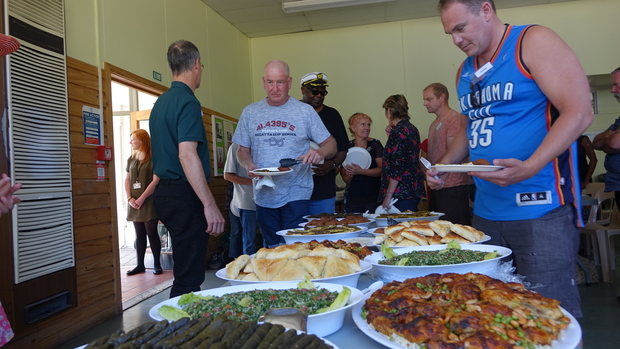 Volunteers having lunch at a church hall where they were briefed about Syrian culture and history. Photo: RNZ / Kate Pereyra Garcia

The group is completing the government's six-week orientation programme at the Mangere Refugee Resettlement Centre before moving to Wellington later this month.

The capital was chosen because of the existing Syrian community.

Once in the city the Red Cross will oversee their resettlement. At St James church hall in Lower Hutt, Red Cross volunteers have been briefed on Syrian culture and history.

The Red Cross said it had a waiting list for volunteers in central Wellington but still needed people in the Hutt Valley and Porirua.

It was also looking for donations of money or goods, including single sheets, blankets, lawnmowers, vacuum cleaners, ricer cookers and irons. 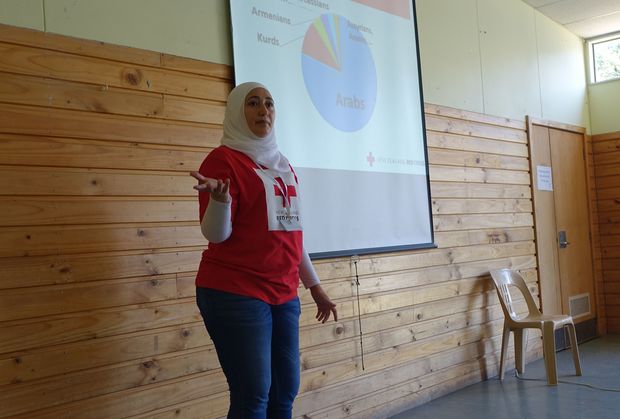 Red Cross cross cultural worker Ramia Saidawi moved to New Zealand with her young family when her husband got a job here.

She wanted people to know about her country before the civil war took hold.

"I believe that there is a big message in my country for the whole world, not only for the Syrians, the history of the country around living peacefully and respecting others is actually the message that Syria's been giving all these years and I feel that this is my identity, my real identity, and this is how I want to raise my kids to be."

It was hard for her daughters, aged 9 and 11, to adapt but once they learnt English and made friends at school things improved rapidly.

Ms Saidawi the refugees would know how lucky they were and that New Zealand was the "best county to go to, after Syria".

Volunteer Wendy Smith said people did not decide to leave their home on a whim, they leave because their country was destroyed.

"For people who have suffered so much death and violence, it's not going to be easy [moving to NZ] so if we can help them in some small way with the physical side of resettlement that would be wonderful." 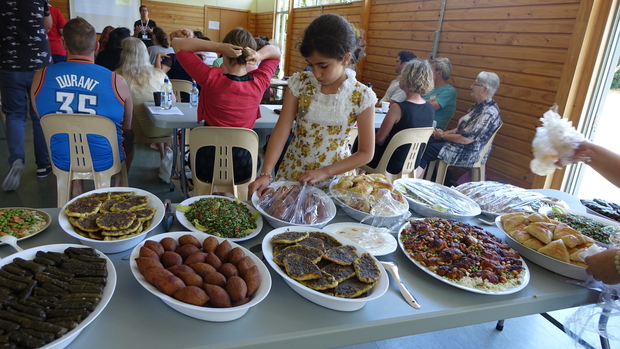 Rehanna Ali spoke to the volunteers on behalf of the local Muslim community and said much of what people knew about the faith was from news reports.

"The way in which the majority of people live their lives, faith has a real impact on their lives and how they live daily, what are the things that motivate them, I think if we understand this we can be wonderful hosts."

She advised the volunteers to be respectful when first meeting someone and when hosting a dinner party "if in doubt, go vegetarian".

The main thing the refugees would be looking for was to make a connection with other people, Ms Ali said.

The group of about 85 Syrians will be resettled in Wellington city, Lower Hutt, and Porirua later this month.