Christchurch residents in the seaside suburb of Sumner witnessed the collapse of nearby cliffs as the city was struck by a 5.7 magnitude earthquake yesterday. 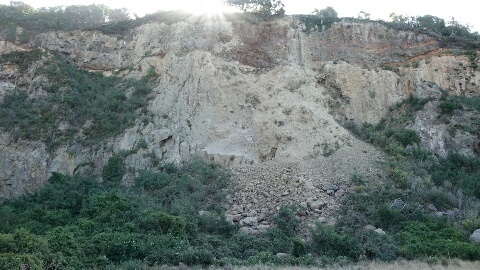 Rocks tumbled from cliffs on Richmond Hill and Whitewash Heads and created a massive dust cloud that made it difficult for those living nearby to see for more than a few metres in front of them.

The quake was the largest since May 2012 and hit with enough force to fling items off shelves and walls and push up liquefaction in the city's streets. Aftershocks continued through the night, the biggest a 3.5 tremor at 4.33am.

Fraser MacAndrew who lives on Whitewash Head Road just around from where the main cliff collapse happened, said the dust it created stuck around for up to three minutes.

"The dust followed the quake, so maybe 30 seconds after the shaking stopped (there was a) big cloud of dust in front of us, couldn't see very much." 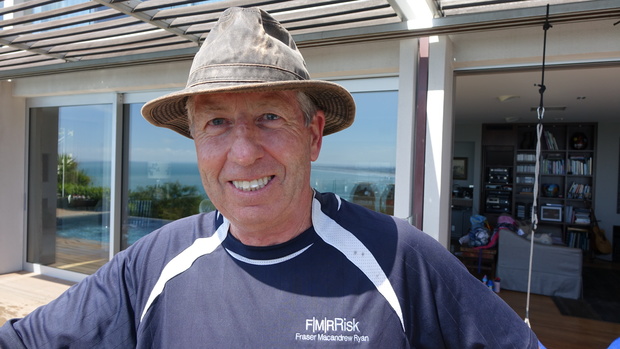 The quake, just eight days from the fifth anniversary of the 2011 quake, was unnerving.

"This one was probably just as bad. This one was short and violent though, but we didn't have any damage to the house and lost a couple of bottles of wine out of the wine cellar and that's about it really."

Sue McGregor, who also lives close to the cliffs, was out for a walk when the dust cloud enveloped her.

"It was moving quite a lot, all the rock walls were moving... couldn't really see, it was a bit like smoke." 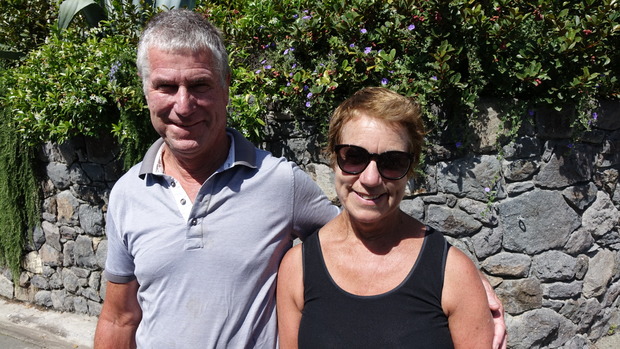 For Sue McGregor's partner, Paul Robertson, it was like nothing he had ever felt before.

"I'm based in North Canterbury so I've never really felt one like that before.

"So to me it was a new experience and pretty frightening really."

He said it was lucky nobody was hurt.

"I was more worried about Sue, I could see the whole rock wall moving and so I said come over here...it was pretty scary." 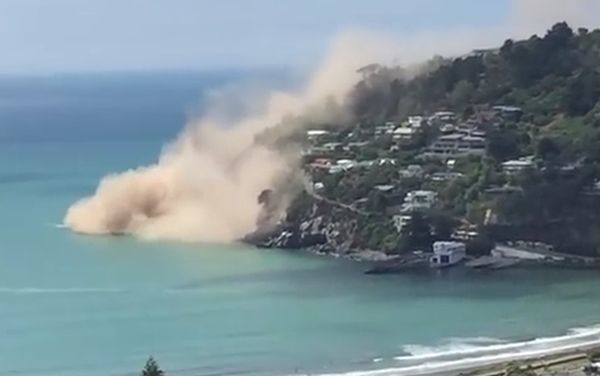 Sumner's only supermarket had to close for two hours while staff cleaned up broken wine and beer bottles, a common sight at supermarkets across the city yesterday.

"Looks horrible, there's usually wine and beer all over the place but they did a great job actually, to get that tidied up in a couple of hours is actually really good.

"We'll just see how we go, hopefully we don't have to do it again."

He said it was hard to say how much the loss of stock would affect him financially.

All the cliff collapses were away from houses or in areas still cordoned off from the public since the February 2011 quake with the help of large containers designed to stop falling boulders.

Walking tracks around Sumner and the Port Hills are closed today while checks are carried out on the bluffs that overlook them.