Professionals working with compulsive gamblers are calling for more money to be taken from casinos, pokies, racing and Lotto to pay for a new court to deal with addicts' crimes.

They say the dedicated court should be added to the new drug courts being trialled in Auckland and Waitakere. 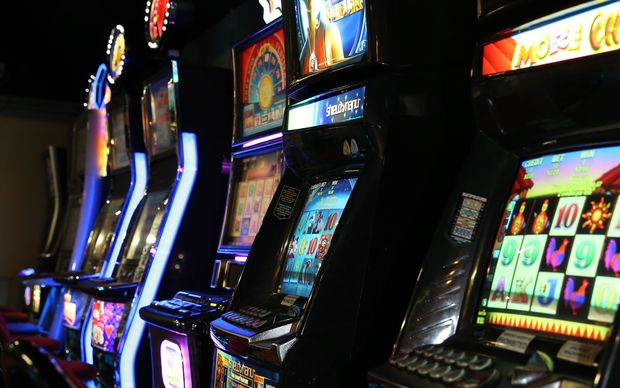 Studies by AUT's Gambling and Addictions Research Centre have shown up to a third of prisoners said they had committed gambling-related crimes, including fraud and drug-dealing.

"If you've committed a gambling-related crime, you'll often be viewed as self-indulgent or taking someone else's money. In other words, you had choice over your behaviour.

"Many gamblers won't want to bring it up in their court proceedings because it'll be seen by the judge, I expect, that this person's never going to learn by their behaviour so they might as well be punished."

Dr Sullivan, who works for Abacus, which trains problem gambling counsellors, said punishment did not stop the gambling.

"They stop gambling when they go to jail, generally, and come out thinking they're cured and within a very short time they're back at it full tilt."

He said the specialist court could be funded by increasing the levy taken out of the profits from the main gambling operators: pokies in pubs and clubs, casinos, the New Zealand Racing Board and the New Zealand Lotteries Commission.

The $18 million annual levy is set by the Ministry of Health and is up for its three-yearly renewal in July.

The ministry said in a statement it had no plans to use the levy to fund a dedicated court but was willing to use the money to look at "innovative approaches to reducing gambling harm".

She said it had become a model for other jurisdictions that treated gambling addiction as a mental health disorder, a condition that affected about 1 percent of the population.

"How it works is that the individual must actually plead guilty to their crime. So they plead guilty but then, instead of being sentenced, they are diverted to treatment.

"And - as long as the individual follows the treatment and is supervised by a qualified mental health professional, if they do it appropriately - then their sentence can actually be deferred or, in a sense, permanently disposed of."

Prof Tovino said figures from New York State's Amherst Gambling Treatment Court showed just a handful of those who had been treated under its system either reoffended or relapsed.

Other countries including New Zealand should introduce them, she said.

"If you can lower costs by getting people out of jail and into treatment, and if you can get rid of or treat and put the individual in recovery or remission from the underlying mental problem, you are getting both clinical and financial and economic benefits there."

Links with drugs and alcohol

Dr Sullivan said any new gambling court should be attached to the drug and alcohol courts that were being trialled in Auckland and Waitakere.

New Zealand was a world leader in treatments for gambling problems and it could lead the world in treating criminals with gambling addictions, he said.

"One in four people with an alcohol or drug problem will have a gambling problem, a co-existing one, so it makes sense to be running them side by side... There are a lot of systemic situations that make sense around addictions that they should be treated together."

In a statement, Chief District Court Judge Jan-Marie Doogue did not rule out an extension of the drug courts, but said there were no plans to do anything until the current pilot was evaluated.