People are spending more money on pub and club poker machines despite a decline in machine numbers, according to a report by the Department of Internal Affairs. 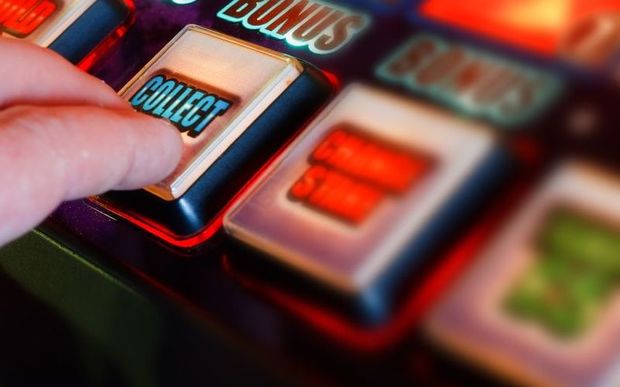 Spending has gone up by almost 2 percent in the year to September, to nearly $824 million.

"It's a much more competitive marketplace, there have been some changes within it and I think people are competing much more actively for the investor's dollar.

"There has been a bit more attention paid to the pokie machines, I think - some of the operators are being a bit more aggressive and marketing what they have to offer.

"I think it's a bit too early to draw that as a firm conclusion, though, in terms of a long-term trend."

Problem Gambling Foundation spokesperson Andree Froude said, despite the drop in the number of machines, its counsellors were flat-out.

"While we are seeing the spending going up and machine [numbers] going down, we certainly haven't seen a decrease in the incidents of problem gambling.

"We are incredibly busy and our councillors are struggling to keep up with demand."

Pokie machines were one of the most addictive forms of gambling, she said.

"They're the most harmful form of gambling, so the majority of people that seek help with gambling problem still do so because of pokie machines - and by nature they are addictive machines."

But the number of machines is reducing and, at 16,440 pokies, there are now over 5000 fewer around the country than 10 years ago.

In the last year, the number of licence holders has fallen by 12 to 309 and there are now 1255 gambling venues, which is 45 fewer than last year.

"The department have just had approved by government a 54 percent increase in licensing fees.

"On top of that, we have all the note-upgrading costs so that, all together and the cost of compliance, it's self-evident why the number of machines are going backwards at the rate they are."

There were fewer pokie machines in rural areas and small towns would suffer from the lack of money that would have gone back into the community, Mr Corbett said.

"Small rural clubs, small RSAs, golf clubs all of these organisations that operate on to five machines will probably disappear off the face of the planet.

The industry wanted the government to increase jackpots and bet ratios to protect sources of community funding, he said.