The Ministry of Health and health professionals are advising pregnant women to avoid travelling to areas with the mosquito-borne zika disease. 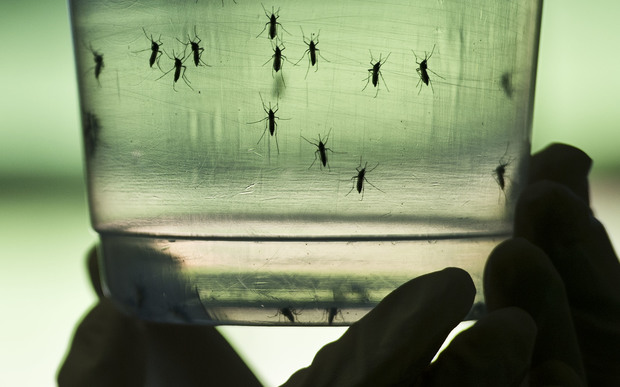 Aedes aegypti mosquitos, which can carry the zika virus, are seen in containers at a lab in Sao Paulo, Brazil. Photo: AFP

Secretariat of the Pacific Community senior epidemiologist Dr Salanieta Saketa told RNZ International seven other countries and territories across the region - Vanuatu, Fiji, Cook Islands, New Caledonia, French Polynesia, the Federated States of Micronesia and Easter Island - have had cases of the virus, however those cases were not recent.

The World Health Organisation (WHO) said yesterday the virus was likely to spread to all countries in the Americas except Canada and Chile.

An outbreak in Latin America has been linked to an increase in the number of babies being born with microcephaly, or smaller than usual brains and heads.

Brazil has been the worst-hit country, prompting concerns ahead of the Rio Olympics in August.

Some countries in South and Central America have advised women in affected areas to avoid becoming pregnant for up to two years.

WHO has advised pregnant women planning to travel to areas where zika is circulating to consult a healthcare provider before travelling and on return.

In New Zealand, the Ministry of Health is advising women who are pregnant, or plan to become pregnant, to take extra care to avoid exposure to the virus.

The ministry's deputy director of public health, Dr Shirley Crawshaw, said they should avoid areas with high levels of zika transmission as a precaution.

"If they are going to these areas, then they must be prepared to take protective measures such as wearing long sleeves, wearing long trousers, using insect repellent.

"If they can avoid going, or delay going, then at the moment that would be the advice to that particular group."

There was no vaccine but attempts could be made to limit mosquito bites, she said.

"The advice would be don't go to an area that potentially has zika virus at the moment if you're pregnant."

"When women are planning travel during their pregnancy, [we] encourage them to talk to their midwife - get all the facts, and with the help of their midwife, about how they want to go forward."

The Ministry of Foreign Affairs and Trade, which runs the SafeTravel website, has advised any concerned travellers to consult a doctor prior to their departure.

How to avoid being bitten: