US travel warnings to pregnant women have been extended to Samoa, amid concerns over an illness causing severe birth defects. 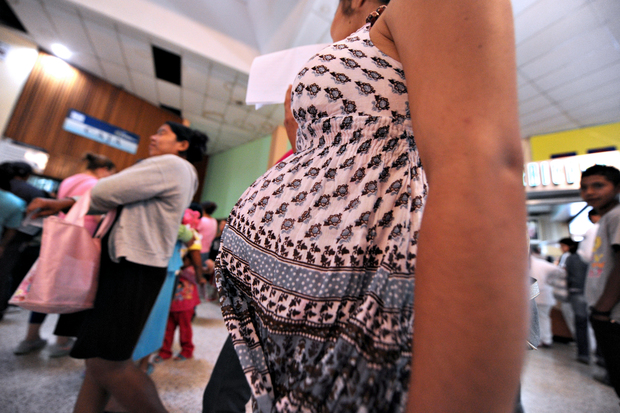 Pregnant women at a clinic in Honduras Photo: AFP

The American Samoa department of health is investigating possible cases of Zika in the territory.

It said there were no confirmed cases, but the need to monitor the mosquito-borne virus was necessary after Zika had been found to be present in other Pacific nations.

Warnings by US health officials now cover parts of Oceania, Africa, the Caribbean and Central and South America.

Brazil is experiencing the largest known outbreak of Zika, with most cases in the north-east. Others have been detected in the south-east, an area which includes Rio de Janeiro and Sao Paulo.

On Wednesday, the number of babies born with suspected microcephaly or abnormally small heads since October had reached nearly 4,000.

The Brazilian authorities believe the increase is caused by an outbreak of the mosquito-borne Zika virus.

One leading virologist in Brazil told the BBC the country was in an "emergency situation".

Brazil's health ministry said there had been 3,893 suspected cases of microcephaly since October, when the authorities first noticed a surge, up from 3,500 in last week's report.

The link between microcephaly and Zika has not been confirmed but a small number of babies who died had the virus in their brain and no other explanation for the surge in microcephaly has been suggested.

The brain condition can be deadly or cause intellectual disability and developmental delays.

Forty-nine babies with suspected microcephaly have died, Brazil's health ministry said. In five of these cases, an infection with Zika virus was found.

There has been a sharp rise in the number of cases of Zika in several other Latin American countries.

In Colombia, more than 13,500 cases had been reported, and the country's health minister had advised women there to delay pregnancy.

The US Centres for Disease Control and Prevention issued initial travel warnings to pregnant women last week, adding eight more places to the list on Friday.

The warnings now extend to: