A mosquito-borne disease that has spread from West Africa through Latin America - and is currently emerging in the Pacific Islands - is now reported to damage unborn children. 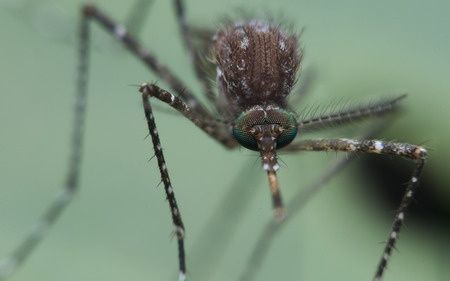 The Brazilian health ministry has confirmed a link between Zika fever and a high incidence of birth defects.

The fever was behind a spike in cases of micro-encephalitis - an inflammation of the brain contracted in the first months of pregnancy, the ministry said.

It has recorded two adult deaths and 739 cases of the disease, which can stunt the growth of the foetus's head.

A World Health Organisation team arrives in Brazil next week.

Zika fever cases were turning up in Fiji, New Caledonia, Samoa, Vanuatu, and the Cook Islands.

But New Zealand health officials said the aedes mosquitoes that spread the virus were not yet established here, so it was only a risk to travellers.

Doctors had found Zika virus in the blood and tissue of a baby with micro-encephalitis in the north-eastern Brazilian state of Ceara.

It was also the first time in the world that adult deaths from Zika virus had been registered.

Most cases have been in the north-east of Brazil but cases also rapidly appeared in the south-east, in Rio and Sao Paulo.

The first confirmed case of death was of a man in the city of Belem, in Para state, who was being treated for Lupus, a disease of the immune system.

The second case, also in Para, was of a 16-year-old girl who was admitted with suspected Dengue fever but who was found to have died of Zika.

The virus was first detected in Brazil in April and has spread rapidly to 18 states.

It appears relatively harmless at first, causing a rash and a fever for a few days.

But ministry officials have issued warnings to women to think carefully about getting pregnant at the moment in areas where there are Zika fever cases.

Zika is transmitted by the Aedes aegypti mosquito, also known to carry the yellow fever, dengue and chikungunya viruses.

Zika had become a serious risk to public health and the ministry said Brazil must embark on an emergency programme to control the Aedes aegypti mosquito to prevent the virus's spread.