"I always had like a flu, a cold, and it just got worse - so bad that I was bedridden," dialysis patient Serah Lupo says.

She first became ill in 2011 while at work. They were small quibbles at the time: a sore back, a runny nose and a fever.

At first Ms Lupo put it down to her busy work at airports as a national training manager for JetStar, and thought that she had perhaps hurt herself from heavy lifting.

But then she was admitted to hospital and told she had scarring on both kidneys.

She is in hospital four times a week for three and a half hours at a time, and she has been told she may never know why she got so sick. 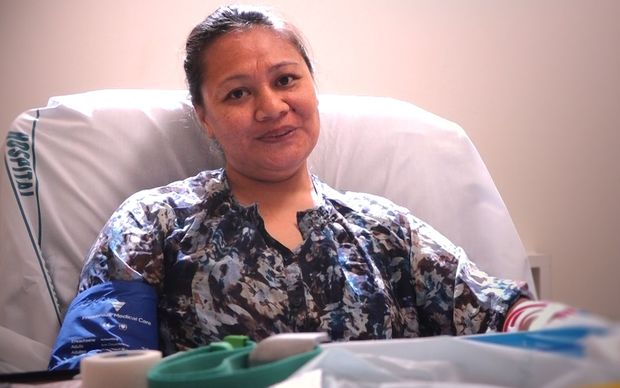 A maze of tubes carries her blood to the machine that is now a regular part of her life.

"I used to class myself as a workaholic and that's not possible anymore, the energy level isn't there.

"Cleaning and cooking, I do that when I feel like it and luckily I've got family members who I get to help out," she said.

But sport is out of the question for the previously active mother in case she damages her arms where the needles for dialysis are constantly inserted. 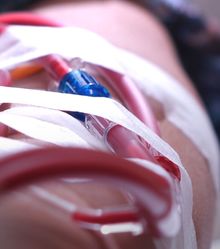 Ms Lupo has now changed her donor status, saying there are other parts of her body that are perfectly fine.

But she hardly knew about organ donation before she was in need of a transplant herself.

"I heard of these donor people probably a couple of times in my life but was never aware of the ins and outs of being a donor, or the types of people needing it until I got sick myself, "she said.

"People don't understand, some people are not educated - they haven't been told that they can actually save lives when they leave this earth.

"I went and changed my licence when I found out what a donor meant," she said.

Ms Lupo said organ donation was a taboo topic when she was growing up.

"Some culturally think that it's not good to get these things away from our bodies when we pass.

"But I mean, if they understood, like it was their own cousin or their grandchild that was needing it ... then I think a lot of them will become donors," she said.

Serah Lupo has quickly got to know other dialysis patients and greets them as she walks by.

She has been learning to work the massive, intricate dialysis machine herself in the weeks since she started using it. 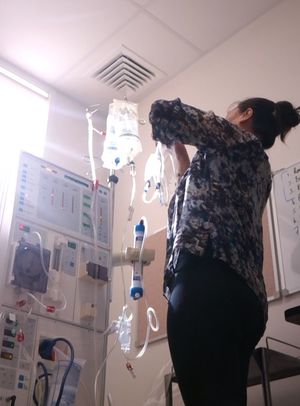 The machine needs to be set up step by step, and on a good day it takes a little over half an hour.

She can now do everything except put the required needles in her own arms. Once she masters this, she will be able to receive dialysis in her own home.

"Once I'm fine to do it on my own and I can put the needles in without holding my breath, the goal is to take this machine home.

"I can perhaps then lead a new normal life. I'm hoping to go back to work, stay busy with the kids, do everything I normally do."

But Ms Lupo's life will never be the same until she gets a kidney transplant, a situation she calls "a waiting game".

"Life is too short I guess, and this is totally unexpected for me so don't think that it can't happen to anybody else out there similar to myself."

"I have my moments when I get emotional but I don't let them see it.

"I try not to put it in their face all the time, so I just try to be as normal as possible, do everything normal, but yes, I think about my children - I'm worried about their future."