A memorial was unveiled in Waihi today to honour the men of the New Zealand Tunnelling Company who were sent to the Western Front 100 years ago to dig under enemy trenches and destroy them. 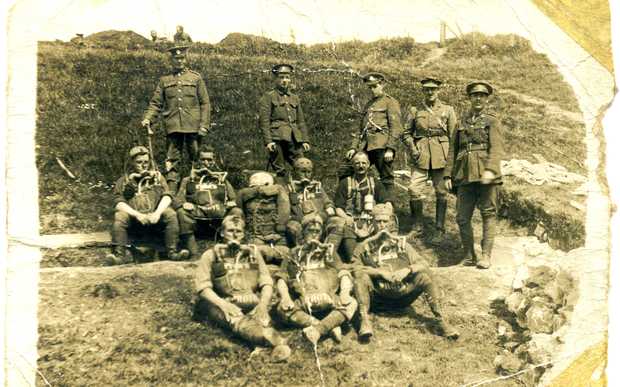 A small group of members of the New Zealand Tunnelling Company - pictured in France during World War I. Photo: Angela Bridgman

It was a secret underground war that received very little public recognition during and after World War I.

About 1300 men, mainly miners and engineers, served in the tunnelling company, which was part of the New Zealand Division. At least 62 were killed.

The war of the Western Front quickly reached a stalemate, so the idea of burrowing under enemy lines and surprising those above quickly took off.

The Germans thought of it first, but the Allies quickly cottoned-on and put a call out for tunnellers from the Empire - and New Zealand responded.

Most of the men came from mining areas such as the West Coast, Nightcaps, Huntly and Waihi.

Military historian Chris Pugsley said the men were a rugged bunch who didn't take too kindly to army discipline.

"These guys were good at their job but not particularly good at drill and soldiering and the NCOs that were trying to train them were tearing their hair out."

The tunnellers were the first New Zealanders to serve in France, arriving there before the New Zealand Division.

Mr Pugsley said they worked mainly around the city of Arras and were able to expand existing underground 16th century limestone quarries and tunnel out towards the German front lines.

"They connected these quarries with drives and shafts and developed an underground city which was capable of taking thousands and thousands of soldiers, and they put in light-railway and electric light and were city managers for this enormous complex." 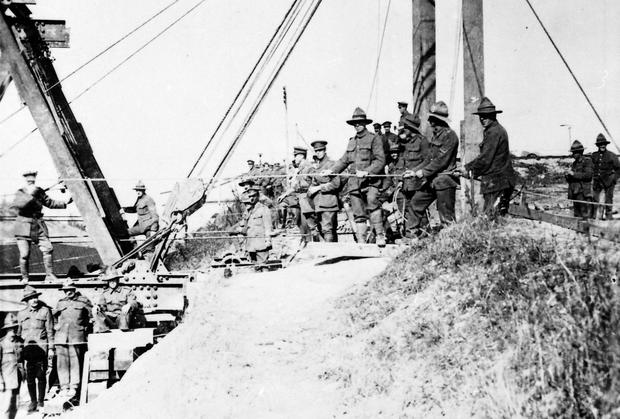 Tunnellers work as engineers to erect a bridge at Havrincourt over the Canal du Nord on 26 September 1918. Photo: Ronayne Family

The tunnels showed their worth on 9 April 1917 at the Battle of Arras.

"Suddenly all these soldiers who were living underground were taken by train through to the front line, where the New Zealand tunnellers blew holes so that they could get to the surface and take part in the attack," he said.

Planning for a memorial started eight years ago, led by the group Waihi Heritage Vision.

The group's chairman, Kit Wilson, said the tunnellers spent more time on the front line than most soldiers.

"They spent years on the front line without being rotated off and it was often regarded that they were non-combatants and that just was not true.

Mr Wilson said recognition for what the tunnellers achieved was long overdue.

"They left New Zealand after the first flush of men headed away and they arrived home much later because, as sappers or engineers who also looked after roads and bridges, they didn't get home until April 1919.

"By that time, everybody had forgotten the war and were keen to get on with life - and so, when the tunnellers arrived home, people were looking to the future." 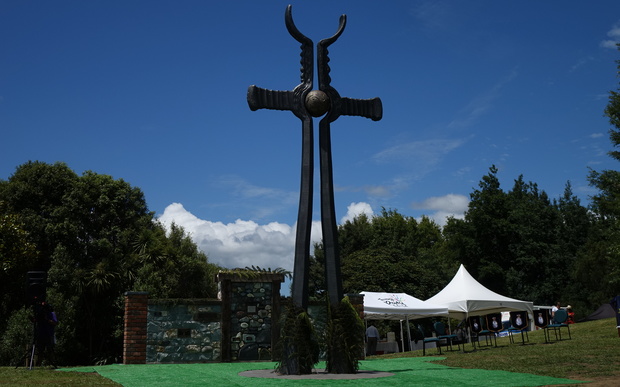 The memorial includes a metal sculpture, by Nick Brumder from Waihi Metal Studio, featuring a T - the universal symbol for tunnellers.

"It's a radical reinterpretation of the shape of the T, which also takes in a cross, cupped hands holding a globe, symbolising the fact tunnellers came from all over the world," Mr Wilson said.

"So what we now have is a fascinating memorial that takes as its primary shape a T-shape but then from there it really has become whatever people think it is."

This afternoon's unveiling was made by the Vice Chief of the Defence Force, Air Vice-Marshal Kevin Short, accompanied by descendants of tunnellers.

Members of the diplomatic corps, including French Ambassador Florence Jeanblanc-Risler Ambassador, attended the ceremony in Gilmour Reserve in Waihi.