For the next three years, New Zealanders have a unique opportunity to take part in a nightly Last Post ceremony at the National War Memorial in Wellington. 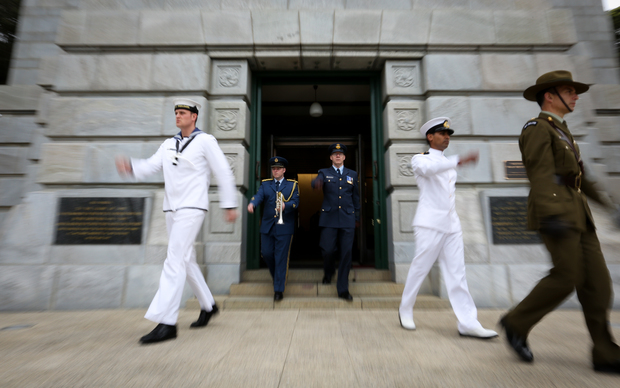 Until Armistice Day 2018, New Zealanders can volunteer to read the Ode of Remembrance in Maori or English in the ceremony which is being held every evening of the four years of the centenary of World War I. If they are good enough, they can even play the bugle.

Defence Force director of heritage commemorations and protocol John McLeod hopes more and more people will take up the opportunity.

"We want this to be something distinctly New Zealand and we're looking for public participation. We want to give people the chance to recite the ode in either English or Maori on significant occasions to them."

Margaret Marks leapt at the chance to recite the Ode the week she retired from her job looking after New Zealand's war graves.

"It was suggested that I might like to read the Ode and I couldn't think of a more marvellous or fitting way to end a long career looking after the graves of our war dead. So it was a huge honour and a privilege." 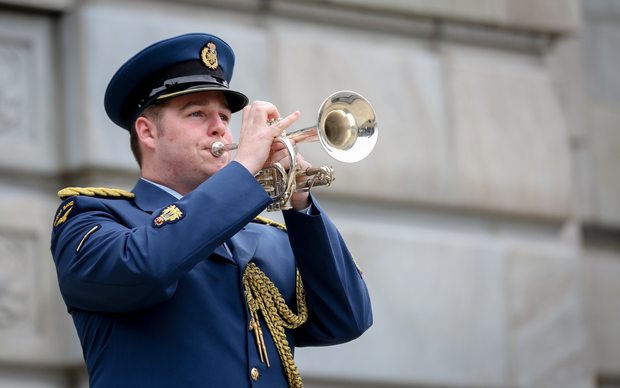 Some members of the public will have the opporunity to play the Last Post. Photo: RNZ / Alexander Robertson

As the Last Post is sounded, the flags either side of the Tomb of the Unknown Warrior are lowered. Then the Ode is read in te reo Maori and in English.

On special occasions, the Ode can be read in a third language. At the weekend, a member of the Order of St John signed the Ode.

For Nuiean language week, the Ode was translated and read by Reverend Tom Etuata. He was, he said, nervous reading the Ode. "It was the first time I ever had to read that profound statement, the Ode of the Remembrance. Helping with the translation of those words gave that sense of ownership."

For those wanting to play the bugle, Defence Force bugler Kieran Smith had some advice. "I reckon it's a great opportunity for the public and the buglers to pay respect every day of the week for the sacrifices made a hundred years ago."

When there are not enough volunteers from the public, Defence Force personnel step in to fill the roles.

Murray Mansfield was the Defence Force's piper at the Anzac Day commemorations in Gallipoli this year. He was on leave when he came to recite the Ode, while his friend played the bugle. "It's something unusual that not many people have done and if they want to be part of something special commemorating 100 years, put your name down."

Arts, Culture and heritage Minister Maggie Barry, who recently recited the Ode herself, is also encouraging people to take part over the next three years the ceremony will be held.

"Every night at 5 o'clock, in acknowledgement of the grief that is shared across a hundred years, the Last Post and the Ode remind us all of that sacrifice. This is for everybody to come to."

Ministry for Culture and Heritage]. 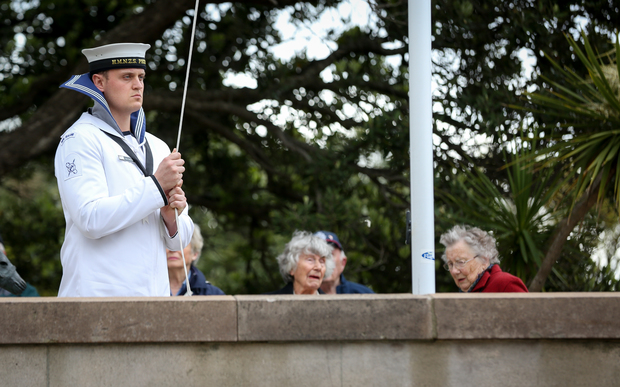 Meanwhile, Remembrance Day services are being held around the country today to mark the 97th anniversary of the signing of the armistice that ended WWI. The national commemoration service is held in the Hall of Memories at Pukeahu National War Memorial Park in Wellington.