The bodies of two climbers who died in Aoraki/Mt Cook National Park after falling from a great height have been recovered.

Rescue teams have this evening recovered the bodies, after blinding sun and falling debris prevented recovery efforts earlier in the day.

The man and woman were located at the bottom of a steep face on Mt Silberhorn's eastern slopes this morning, roped together.

It appeared one had fallen, bringing the other down with them, police said.

It was clear the pair had fallen a considerable distance, police area commander Dave Gaskin said.

"It is one of those things unfortunately. You use a rope for safety - normally you secure yourself, or if you're moving one person is secured to the mountain and the other is moving.

"Unfortunately on this occasion they both seem to be moving at the same time and one of them has tumbled and the other has been unable to stop them."

The climbers were camping high on Mt Silberhorn and were last heard from in a radio call four days ago.

A number of enquiries were needed before police could identify the climbers.

A little over a week ago, a 28-year-old Australian climber died after she fell 300 metres onto a glacier at the National Park. 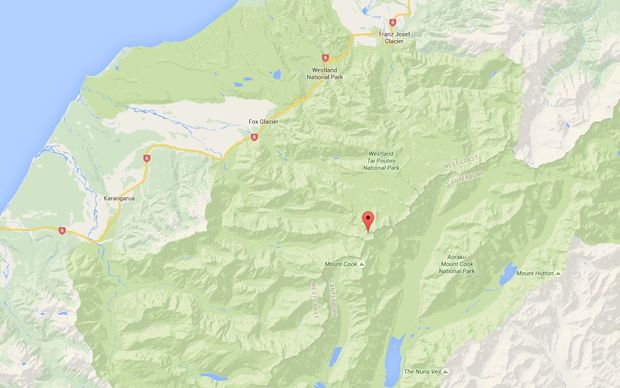