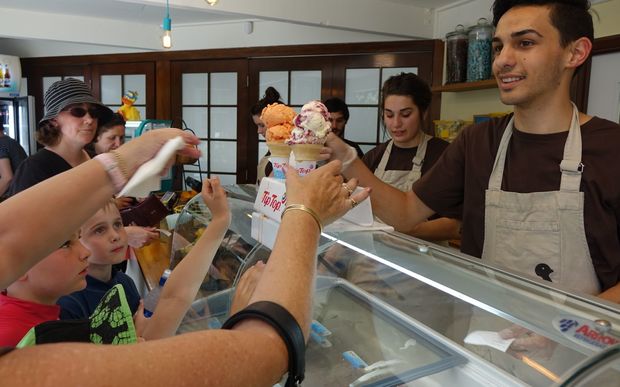 A spokesperson for the MetService said records were broken along the east coast of the South Island.

Christchurch broke its previous December temperature record, with the mercury reaching 36.1°C late this afternoon - the hottest day that month in the city since records began in 1953. The previous record was for 35.4°C in 1975.

The record temperatures were part of a heat wave rolling across the eastern parts of both the North and the South Islands.

Weather commentator Richard Green said it started getting hot early this morning, with Darfield in Canterbury hitting 27°C before 8am.

"So to have it in the middle of the night four degrees warmer throughout the night as a minimum is obviously a record-breaker there."

The main risk came from people lighting fires or using equipment such as chainsaws, he said.

There was already a total fire ban in Marlborough, and the rural fire service was asking forest companies, farmers and recreational users to take care. 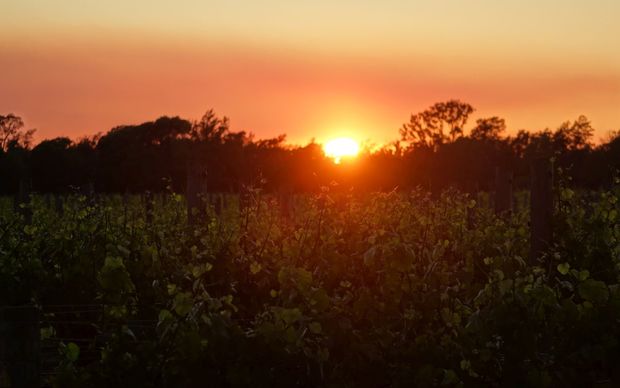 The sun rises over the vineyards of Waikakaho Valley in Marlborough during recent fires there. Photo: RNZ / Tracy Neal

National Rural Fire Authority spokesperson John Rasmussen said this morning a plane was likely be used in Marlborough to keep a look out for fires.

Mr Rasmussen said the fire risk was also high in North Island centres such as Hastings and Masterton, and urged caution for people in Wairarapa, Hawke's Bay and Gisborne.

"People have to be careful in terms of any activity ... whether it's in a forestry operation with a chainsaw or a mowing operation - a spark could start a fire."

He said today was the worst day for high fire risk this week. 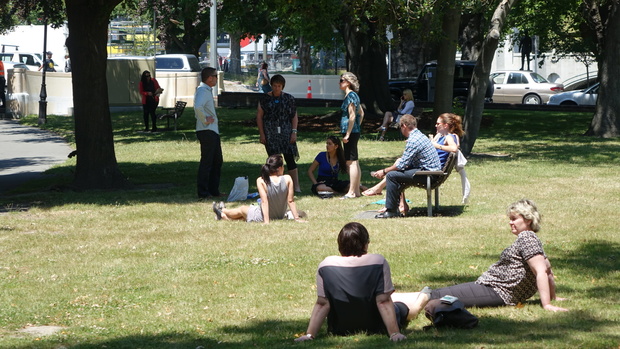 Office workers in the shade next to the Avon River in Christchurch. Photo: RNZ / Sally Murphy

People should water their gardens before 6am and after 9pm so water consumption was spread and the reservoirs had time to refill, he said.

MetService duty forecaster Lisa Murray told Afternoons northwesterlies exacerbated fire risk because of the friction of the wind rushing down from the ranges and over the plains.

Ms Murray said MetService had issued high wind warnings for Fiordland and inland Southland, where gusts of up to 120km/h were expected.

"They can affect high-sided vehicles, people on motorbikes - trees and powerlines."

She said very high winds were also likely in parts of Otago and inland Canterbury. 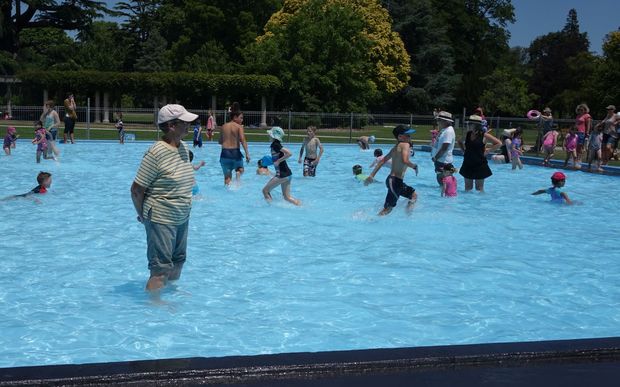 Ms Murray said the hot air was coming across the Tasman Sea, following scorching weather in Australia where temperatures had climbed above 40°C in Melbourne and Adelaide.

"It does cool a bit as it's coming across the sea and gets some moisture, and then as it comes over New Zealand, it dries out on the ranges, especially in the South Island ... and on the eastern side, then we get these really warm northwesterly winds."

But Ms Murray also warned of a southerly change following the warm front, which could mean a fall in temperature of 10°C as it moved up the country, arriving in the North Island tomorrow. The radical drop would be most noticeable in the south, she said.

What about Christmas Day?

"We have a ridge over New Zealand on Friday, and most people go 'Yay, sunshine' - but unfortunately sometimes with ridges we do get some moisture trapped underneath them which can cause a bit of cloud," Ms Murray said.

"Some areas look like they're going to get a bit of cloud in the morning but hopefully that will burn off, we'll have some long fine spells in the afternoon for people to have their barbecues... get down to the beach."

She said some cloud could develop in the east in the afternoon with the possibility of a light shower, especially in inland North Island areas.