Mary Wilson has this evening co-presented her final Checkpoint on RNZ National, sitting alongside John Campbell who will host the programme next year.

Wilson and Campbell looked back on Wilson's career, her incredibly sharp and intelligent interviewing skills and her dedication to the job.

Tonight was Wilson's last time presenting Checkpoint, but she has already been in her new role for a few months, while Campbell has been preparing for his debut on Checkpoint with Campbell, which will start next month.

Wilson presented Checkpoint five nights a week for 18 years - that's more than 4000 programmes to her name.

She first started at RNZ as a rookie reporter in the regions, moving from New Plymouth to Palmerston North and then to Wellington, where she worked with John Campbell under the leadership of Frank Perry.

Campbell said he was in awe of young Wilson's reporting skills, while Perry said he was always guaranteed a couple of excellent stories each morning if Wilson had been on the night shift.

She was promoted to Checkpoint presenter, where she carved a reputation for being a formidable interviewer with a knack for getting information - or at least trying to - from people who didn't want to talk, especially politicians.

"The job is bigger than an individual person. I am a reporter and my job is to ask questions and that's what I've always kept in mind - just keep asking the questions," Wilson said.

"That's your job and you owe it to people who are listening." 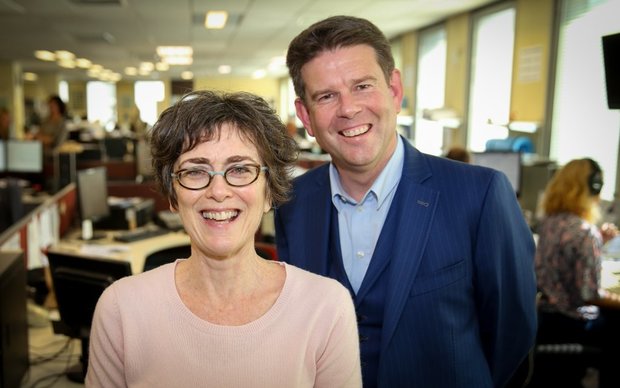 Some of the most memorable and rewarding parts of the job were talking to people who had been through extraordinary events.

"Talking to people who have been affected by big things that they're happy to share with you, it's amazing.

"Some of the people who have spoken to us after the earthquake - people are amazing in the way that they are sometimes so prepared to tell you things that you think 'god, I don't know, if somebody rang me up and wanted to talk to me about that, I'd probably say no'."

While the role had been "exhausting", it was always made easier by the team she worked with.

"You can't do this sort of radio without that sort of team - it doesn't work. You can sit here with a microphone in front of you but unless you've got those people nothing is going to happen.

"You need people like Maree and Phil and Mei, and all their brilliance and hard work, to make sure that the stories happen...you can't do without them."

Just as her colleagues now, and the ones who have left, needed her.

"I know [Mary] will be the best news director the world has ever seen."

Look back at live tweets from tonight's programme