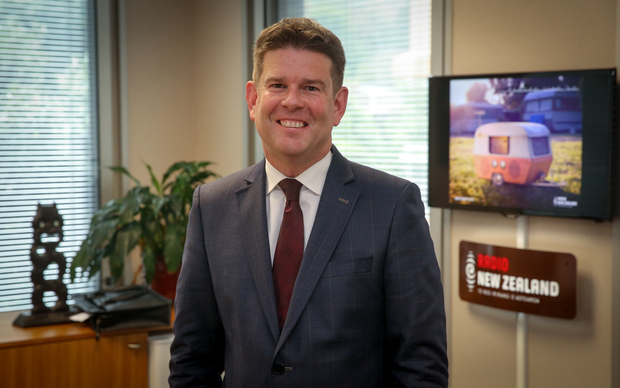 Campbell, whose first job as a journalist was with RNZ in 1989, is joining to front a proposed multi-media, drive-time news and current affairs programme.

He said he was thrilled to be returning to his roots.

"Radio New Zealand's commitment to professional journalism that questions, illuminates, celebrates and holds to account, is an immensely valuable resource in the life of this country.

"My job is to hold to those core values, to continue that commitment to the highest quality journalism, but also to expand our reach beyond the confines of radio and into a world I could only have dreamed of when I began as a journalist."

Campbell said he had come to Radio New Zealand because he wanted to do great journalism.

"It matters. What we do matters."

Dear Everyone Who's Offered Such Kindness Over The Past Months, just to say I'm going to RNZ. Details, & journalism, follow! Thank you, all!

He said there was a great legacy he had to protect and live up to after the formidable work done by the Checkpoint team.

Campbell said he grew up in a Radio New Zealand-listening family and that had never stopped.

He said RNZ's journalism had a crucial role to play.

"It is rigorous, there is no fear, nor favour."

Campbell said he saw it as an obligation that journalism had to be taken seriously and he felt this more strongly than ever given the amount of change confronting journalism.

Radio New Zealand CEO Paul Thompson said Campbell was an "outstanding broadcaster" with an "affinity with our audiences and the world-class journalism we produce".

"He will also bring new audiences to RNZ and help us achieve our Charter goal of providing high-quality, engaging journalism and current affairs to a wider range of New Zealanders."

Thompson said Campbell would help build on Checkpoint's legacy of excellence and high-quality journalism that had served New Zealand so well for 30 years.

Campbell joins in September and is to be involved in developing the proposed programme, which will be broadcast from Auckland. He will also be working to help enhance RNZ's story-telling via streamed video and podcast.

Campbell's arrival dovetails with Jim Mora's wish to focus on presenting The Panel while his Checkpoint co-host, Mary Wilson, has been promoted to a senior news management role.

Mora said he was looking forward to working with Campbell, Afternoons host Jesse Mulligan and being able to focus on The Panel.

"I've been talking about it with Paul Thompson for a while, even before John came into the mix. We have new kinds of interactive ideas, listener-driven, that we want to develop. This gives me the time to do that. The Panel has built up the largest talk audience in New Zealand between 4 and 5 in the afternoon and we're proud of that."

Congratulations @JohnJCampbell on your new job with @radionz

So now, basically @radionz IS New Zealand journalism. Public broadcasting for the win!