The Force has truly awoken again in New Zealand, with the latest Star Wars film launching into local cinemas ahead of the rest of the world. 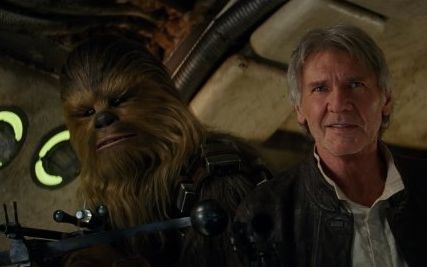 Star Wars: The Force Awakens, which is not due to go on release in the United States until Friday, had its New Zealand premiere in Auckland followed by the first public screenings at midnight.

Hundreds of local Star Wars fans packed out the Hoyts cinema complex at Sylvia Park for the premiere, joined by stormtroopers in pristine white armour and the odd wookie or two.

The film was greeted warmly by the crowd, with the appearance of old favourite characters from the original trilogy getting some of the biggest reactions - after more than two decades away from the big screen, Han Solo, Chewbacca, Princess Leia, C-3PO and R2-D2 are back in full force, with the search for Luke Skywalker powering the story forward.

Director JJ Abrams and his collaborators have shamelessly aimed for the nostalgic charms of the original series, and even overdo it at times, with barely a few minutes passing in the film without some sort of callback to them. Even on a broad level, the whole plot can almost be seen as a remake of the first movie. 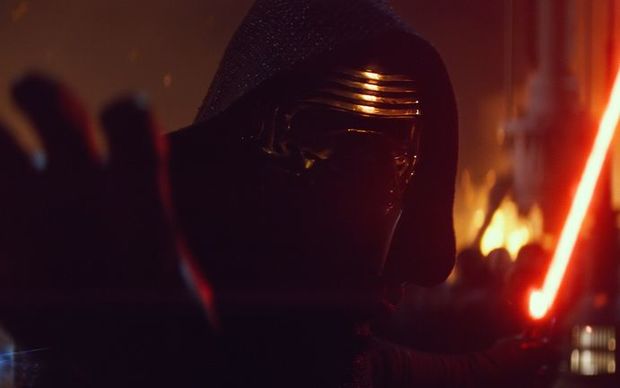 But Star Wars: The Force Awakens is not just a space trip into the past, it is weighed down with the need to set up a whole new series. It takes its time setting up the new generation of heroes and villains, well played by John Boyega, Oscar Isaac, Adam Driver and newcomer Daisy Ridley, before slowly introducing the classic characters, and leaves several important plot questions unanswered by the closing credits, ready for the inevitable sequels.

While some parts of the film skirt around cliche and predictability - anyone who has seen the copious trailers will already have a fair idea of how things will go - it never drags, rockets through the plot and is enormously entertaining.

After the vapid and vacuous prequels, this is also the grimiest and most lived-in Star Wars film in decades, with the use of real locations and practical effects adding to the believably of this strange galaxy.

But the one thing that sets it above the most recent Star Wars trilogy is its journey into the unknown. The prequels were always loaded down with predestination, and while the new film sees several heroes and villains struggling against their fate, the future of the Star Wars universe is left wide open by the end, and could go anywhere.

With the crash to closing credits receiving strong applause at tonight's premiere, Star Wars: The Force Awakens' introduction to a whole new universe of triumphs and tragedies hits the mark.