The Reserve Bank has cut the Official Cash Rate back to a record low 2.5 percent, and indicated that will be enough. 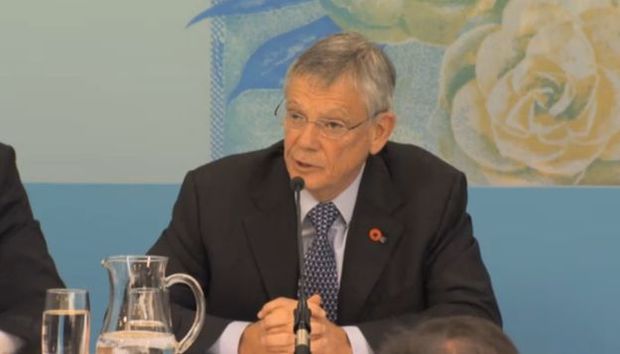 The central bank has reduced the benchmark rate four times since June, unwinding all of last year's increases.

Reserve Bank governor Graeme Wheeler said the economy had slowed due to weak diary prices, which along with surging immigration, had pushed up unemployment.

Inflation had also been below the Reserve Bank's inflation target band of 1 to 3 percent.

But Mr Wheeler was expecting the economy to strengthen next year due to a recovery in export prices, rebounding confidence and increasing demand from a rising population.

The governor remained concerned about low interest rates over-stimulating the Auckland housing market, though he pointed out house building was accelerating, while recent lending and tax measures should temporarily reduce some demand.

He said there were some signs that Auckland house price growth was moderating.

Inflation was expected to rise and be inside the central bank's 1 to 3 percent target band by early next year, as earlier petrol price declines drop out of the annual calculation and the lower New Zealand dollar push up import prices.

Nevertheless, Mr Wheeler said the dollar, which had appreciated recently, was still too high.

The Reserve Bank's forecasts indicated interest rates were now on hold over the forecast period to the end of 2018.

The governor said interest rates were now at levels that should lead to inflation being near the middle of its target band.

But there were risks to the economy.

Weak growth in China is weighing on the global economy, while it was uncertain what effect interest rate rises in the United States would have on emerging countries, some of which are reliant on foreign capital and vulnerable if investors pull their money out.

He said the central bank would reduce rates if need be.

On the other hand, the governor said the surge in immigration may continue, while household spending may pick up on the back of strong house prices.

Most analysts expect interest rates to remain on hold for some time.

RBNZ cuts 25bps to 2.5% as expected But still expects some inflation on its current settings We think they will be disappointed #2%OCR ^NP

ANZ Bank chief economist Cameron Bagrie said the Reserve Bank's rate cuts have done the job of cushioning the economy, and it could afford to call a halt.

"Economic signals are looking a little bit more promising. In that situation, inflation's going to pick up towards 2 percent, which is the mid-point of the band, so the Reserve Bank has got the luxury to sit back and take what I think will be a extended siesta for quite a while."

OCR back to record low level

The rate has been at 2.5 percent for two extended periods since the OCR was introduced in 1999 but has never fallen below this level.

The central bank most recently reduced the key interest rate on 10 September, from 3 percent to 2.75 percent, the third consecutive drop since June, citing a slowing economy and weak inflation.