Reserve Bank governor Graeme Wheeler has reaffirmed that at least one more interest rate cut is likely as he balances a weak international outlook against a slightly better domestic economy. 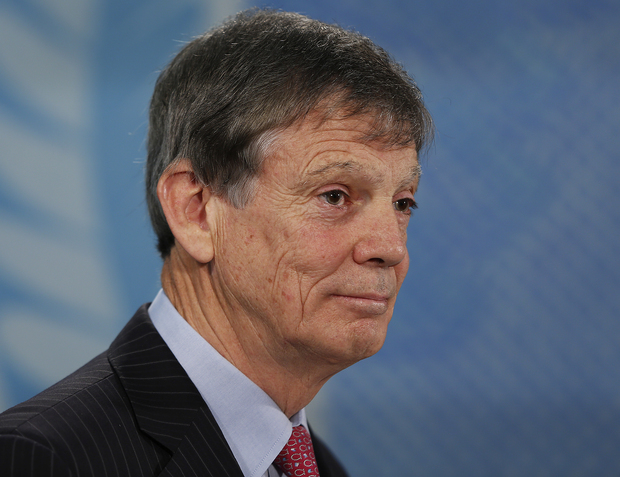 Mr Wheeler has told a business conference in Auckland that the global economy was in a difficult spot with growth slowing in the developing world, unprecedented loose money policies which may cause more easing in Japan and the euro zone, while the US was likely to start raising rates.

He said the domestic economy was looking more encouraging, but the bank was watching the economic numbers and the housing market.

"Some further easing in the OCR (official cash rate) seems likely, but this will continue to depend on the emerging flow of economic data," Mr Wheeler said.

He said the bank also needed to have ammunition to lower rates further if the global economy slowed significantly.

Westpac Bank chief economist Dominick Stephens said the speech offered little that was new but the governor appeared to be giving the housing market a little more attention, and seemed less likely to cut rates at the end of the month.

"This really cements our view that the RBNZ will leave the RBNZ on hold in a couple of weeks time at the end of October, but is still going to cut once more, most likely in December."

The Reserve Bank has cut the OCR at its past three reviews by a total of three-quarters of a percentage point to 2.75 percent, and the consensus view among economists is that it will halt its easing at 2.5 percent at the end of the year.