The board of the Reserve Bank of New Zealand has backed the way governor Graeme Wheeler has conducted monetary policy over the past year. 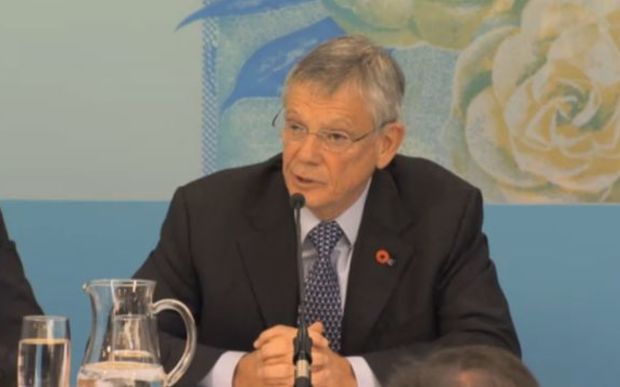 In the bank's annual report, the board said it had reviewed the Governor's actions which saw him first raise the official cash rate by one percentage point by the end of July last year, and then, after sitting on the sidelines for the best part of a year, cutting rates in each of the past three reviews.

Three weeks ago, Mr Wheeler was asked whether he had made a mistake by raising the official cash rate to 3.5 percent by the middle of last year in four rapid-fire decisions only to have clawed back most of the tightening to bring the cash rate back to 2.75 percent.

"No, I don't believe it was... you always operate on the information that you have available to you at any time and monetary policy is always about making assessments about how things might evolve in the next 12 to 18 months," said Mr Wheeler.

He said raising rates was not unreasonable given the strength of economy, with terms of trade at a 40-year high, and signs of growing inflation pressures, but nor could the bank have been expected to have foreseen that oil and dairy prices would tumble more than 50 percent in a short time, putting the brakes on inflation.

The RBNZ board backed the governor, saying on the basis of the information he had at the time, his policy decisions were consistent with his mandate from the government, the policy targets agreement, which requires Mr Wheeler to keep inflation around two percent in the medium term.

The board believes that with hindsight, it is possible the governor may have been on the wrong track, but no-one would have known it at the time.