A National Institute of Water and Atmospheric Research (NIWA) report shows it does work for the oil and gas industry.

The confirmation comes a day after Greenpeace protesters boarded a NIWA research ship they said was prospecting for fossil fuels. 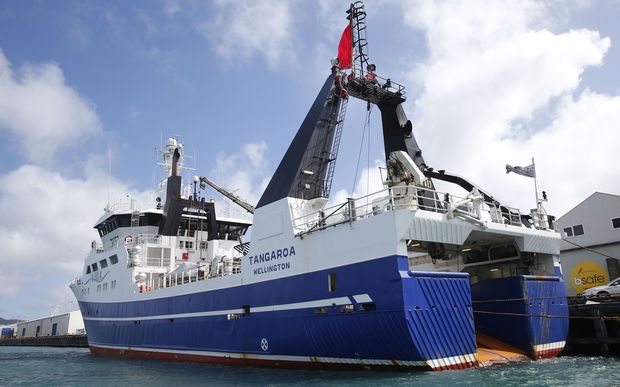 The group said they were protesting the use of the ship in a survey for oil off the East Coast of the North Island.

NIWA, a crown research institute, said little about the protest except that it was disappointed with events and the matter was now in police hands.

It also said it worked in many parts of the marine environment and minerals and petroleum were just two of its interests.

It would not give details of its work with oil companies, saying it did not talk about commercial arrangements with clients.

The Tangaroa is New Zealand's only deepwater research vessel and is used by NIWA in the South Pacific, Southern Ocean and Antarctica. On recent voyages, it has studied orange roughy, mapped the seabed off Otago and carried out a Chatham Rise trawl survey.

On its website, NIWA said it had had a $24 million upgrade to enhance its ocean science, oil and gas exploration, and marine engineering capabilities and information on its website indicated it did significant work on minerals and petroleum.

"This information is vital to the energy and minerals industries - helping them better understand and quantify the undersea resources in our vast marine estate."

The NIWA report went on to say it had invested in a new deep sea profiler for underwater research.

"The $1 million profiler identifies marine ocean bottom sediments and strata, sometimes up to 200m below the surface of the seabed," it said.

"This helps the industry find sub-surface formations such as carbonate accumulations, hydrocarbon or methane-based seeps and gas chimneys, which are indicative of new petroleum resources."

The sort of work being done by NIWA is strongly supported by the Minister of Science and Innovation Steven Joyce.

"NIWA has a lot of science work but it also has spare capacity which it tries to recover in terms of the costs by operating commercially, and that is what we would expect," he said.