The helicopter which crashed on Fox Glacier on Saturday morning came down near a designated landing site.

Four British and two Australian tourists, and the New Zealand pilot, died when the AS350 helicopter crashed on the glacier.

The helicopter was operated by Alpine Adventures, and its quality assurance manager Barry Waterland said he believed it could have been flying near a designated landing spot known as the Chancellor Shelf before it crashed. 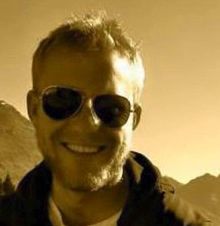 "I'm not sure where exactly all the designated landing spots are, but it looks like the helicopter might have been flying off the Chancellor when it crashed."

Apart from the designated landing spots, helicopters must fly 3000 feet above the glacier at all times.

"When they do land, it is very safe; they would never land near a crevasse or anything like that."

There was no transponder or black box in the particular model of helicopter.

The company was working with families and authorities and had put all bookings for further flights on hold.

Police said they made an error yesterday and they have recovered four bodies, not three.

The change is linked to what police have described as very difficult conditions at the site and the associated problems in identifying the bodies. They would not go into further detail.

Andrew Virco, 50, and Katharine Walker, 51, from Cambridge, Nigel Edwin Charlton, 66, and Cynthia Charlton, 70, of Hampshire and Sovannmony Leang, 27, and Josephine Gibson, 29 of New South Wales, Australia, were on board, with pilot Mitch Gameren.

"The four bodies we have recovered to date have gone to Christchurch for post-mortem tomorrow. I have no update on the families' plans; we have been constantly in touch with them.

"They are planning on coming here at some point, but I don't know of any fares that have been booked to date."

Mr Canning said a site plan for the operation had been completed, including an access track with a fixed safety line for the recovery team to reach the site of the crash.

Alpine Adventures employees and others working in the same area on the morning of the accident were interviewed, and documentary evidence had been gathered.

An engineering expert was preparing equipment to secure the wreckage and prepare it for recovery, the commission's communications and investigations support general manager Peter Northcote said.

A drone aerial survey mission was also being planned.