The pilot of a helicopter that crashed on Fox Glacier, killing everyone on board, didn't make a mayday call, it was revealed today.

Weather on Fox Glacier at the time of the Saturday crash was slightly marginal but the pilot and company were following procedure, the helicopter operator says. 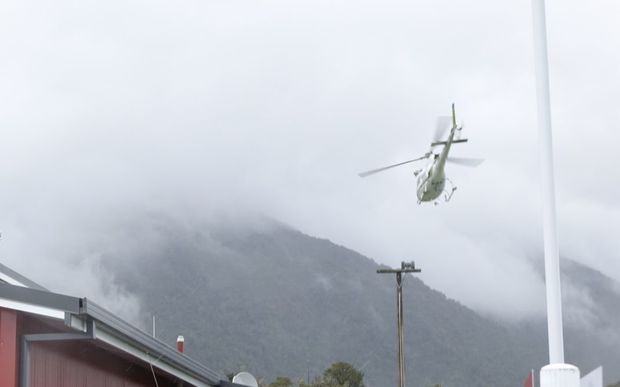 Four British and two Australian tourists and the New Zealand pilot died when an AS350 helicopter crashed on Fox Glacier on Saturday morning. 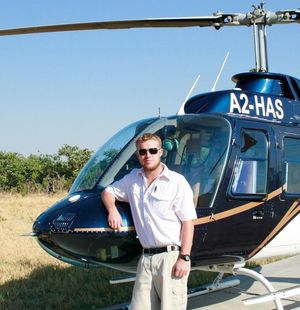 Andrew Virco, 50, and Katharine Walker, 51, from Cambridge, Nigel Edwin Charlton, 66, and Cynthia Charlton, 70, of Hampshire and Sovannmony Leang, 27, and Josephine Gibson, 29 of New South Wales, Australia, were on board, police say, with pilot Mitch Gameren.

Mr Waterland told Morning Report the weather was "a wee bit marginal" on the morning of the crash.

All companies involved in glacier flights assess the weather and if one firm grounds their flights, they all do. "When the weather gets to a certain point, if one company says 'no, we're not flying due to the weather,' everybody shuts down.

"I do believe that on the morning of the crash, things were okay, there were helicopters up there but it's the pilot's call, when he's up there, whether he turns around and comes back down again, because on the ground we can't see right into the glacier.

"If the call had gone out to say that operations had ceased, we'd cease immediately."

He did not know whether the two other companies that fly into the glacier had helicopters in the air at the time of the crash. 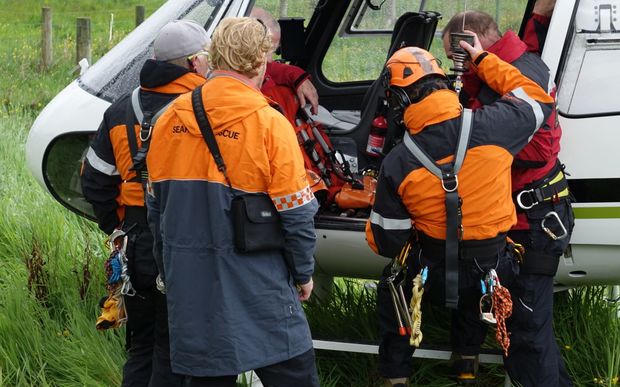 The bodies of three of the seven people who died were brought down by Alpine Cliff Rescue team members yesterday. Bad weather at Fox Glacier is expected to bring the recovery mission to a halt for up to two days.

Police Inspector John Canning said this morning a staging base would have to be built on the glacier before more bodies could safely be retrieved.

The base to be built near the wreckage would allow tracks to be cut in the ice, along with other safety features that will let police get closer to the crash site on foot.

The wreckage is wedged down a crevasse between massive blocks of ice high on the glacier, and a search and rescue team had to be winched down from a hovering helicopter to get the first bodies out.

Alpine Cliff Rescue team leader Marius Bron said the site was covered in ice cliffs and crevasses up to 20m deep. The ice was unstable and moving by as much as one or two metres a day.

The accident investigation team planned to send a commercial drone up as soon as the weather cleared.

Transport Accident Investigation Commission (TAIC) spokesperson Peter Northcote said the intention was to remove all wreckage possible but some debris had not been sighted and the glacier terrain was challenging.

"All the wreckage would have to be prepared for lifting and the nature of the environment will present many access and safety challenges to those involved in that work."

Mr Key said there had been substantial changes to the regulation of adventure tourism in the last three or four years, and he did not believe the accident would deter tourists.

"I don't think it would put people off coming to New Zealand, or put them off undertaking adventure tourism activities.

"Most people are aware there is a degree of risk when you get in a helicopter, but having said that, there needs to be a full investigation. We need to understand whether it was the weather that caused this issue."

Pilots say the AS350, a make of helicopter also called the Squirrel, has an excellent safety record. 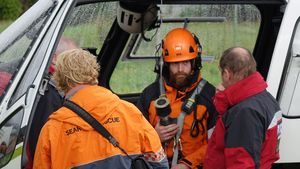 "It's a make of helicopter that's been in New Zealand for probably 30 years in various guises," he said.

"It's been well established here, well received, and has a very good record. It's had a variety of uses - agricultural, tourist, and even private use. Its got a very good safety record."

Mr Turnbull said the investigation was likely to look at issues such as the weather and the airworthiness of the aircraft, and the wreckage was crucial to finding answers.

However Helicopter Association executive officer John Sinclair said the Squirrel had an excellent safety record in New Zealand, and helicopters in general were very safe in New Zealand. "Until yesterday we have lost one fare-paying passenger in a New Zealand helicopter accident since December 2001."

"We don't know what has happened in this particular instance. That'll come out in due course with the investigators. But people make their decisions and they will still choose to travel."