A maternity lobby group says midwives are in denial about research showing there's a higher chance of a baby dying if the lead midwife is in her first year on the job. 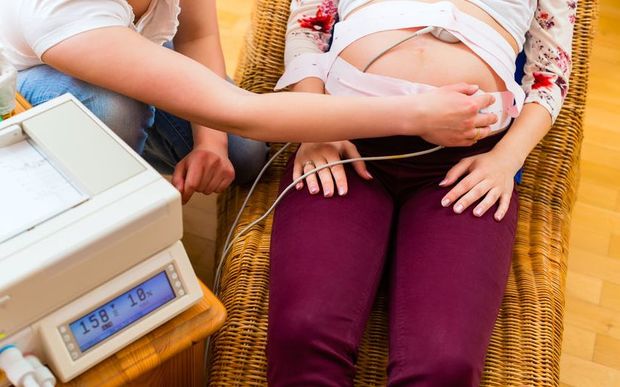 Action to Improve Maternity is lobbying for an independent review of midwife training. Photo: 123RF

The Otago University study released yesterday showed a 30 percent higher chance of death at birth, or soon after, when an inexperienced midwife without nursing qualifications was leading the care.

The research was out-of-date and scaremongering and would worry women for no reason, the College of Midwive's advisor Lesley Dixon said.

"What this does is it's scaremongering for women. It actually makes women worried about their care provider and that's a concern essentially when we have worked really hard to ensure that women have a safe and high quality maternity system."

Action to Improve Maternity spokesperson Jenn Hooper said the college was being defensive, and the study supported what families have been saying about graduate midwives.

"They never seem to have a constructive view on anything. If somebody says 'blah blah blah' with the word midwife in it, they'll come out swinging," Ms Hooper said.

"In our experience they absolutely defend, deflect and deny."

Midwives needed to take the findings on board and an independent review of midwife training was needed, Ms Hooper said.

"I think it should shine the spotlight particularly on supervision and that first year. And I think we should be looking to review what's happening, and quite urgently. At a minimum we should be offering supervision for our maternities who are out there now being looked after by a first year."

Dr Lawton said there was no requirement in New Zealand for supervision in the first years after graduation for midwife-only midwives, although a mentorship programme was introduced in 2011.

"Due to well publicised deaths of babies, the mentorship programme has been strengthened but the researchers believe that until this is changed to supervision this is unlikely to make a substantial difference."

However, Midwifery Council chairperson Judith McAra Couper said it was difficult to see how the training and mentoring process for graduate midwives could be improved.

The Bachelor of Midwifery qualification had gone from three to four years since 2009, the last year data was used for the research.

"And the last year is now 80 percent of clinical, which is in effect an intern year, and the graduates go straight from that into a mandatory midwifery first year of practice programme where they receive mentoring, clinical support, further education and professional development."

The Health Ministry was not available to be interviewed, but said in a statement it too has questions about the methods used in the study.

Health Minister Jonathan Coleman said he would take the findings seriously, but needed to look more closely at the study first. "We've got to dig into this and find out what really went on, but initial advice is there's concerns about the methodology in the study, which covers the period 2005 to 2009. So look I'm taking it very seriously but I've got to get some more advice about it."