The caregiver whose court case has propelled efforts to achieve pay parity between men and women is excited the government has "finally woken up" to the problem. 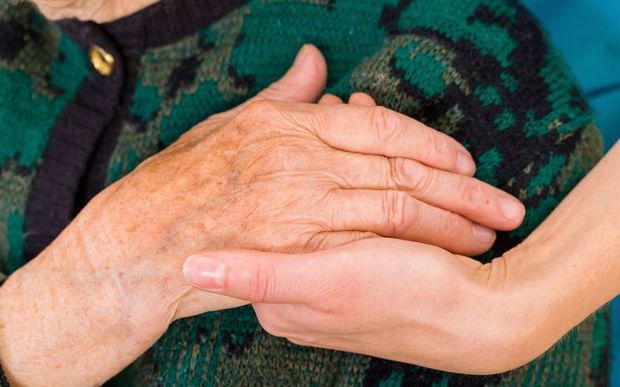 The government's new taskforce will look at pay rates for support workers - and at rates in all women-dominated industries. Photo: 123RF

It has been announced unions and employers will form a taskforce to establish principles for dealing with pay equity claims.

Last year, Mrs Bartlett successfully argued in the Employment Court that her hourly pay rate of $14.32 was gender discrimination.

When she learned of the government's announcement, she struggled to contain her emotion.

"I can't... I knew it was coming, deep within me I had the confidence it would work, and it's great to see the government's finally woken up," she said.

The group will look not just at pay rates for support workers but at rates in all women-dominated industries.

"We knew [our court action] was going to have a domino effect and that's what we wanted, and it's why it's so exciting," Mrs Bartlett said.

"We've been so unfairly treated and the government had to see that."

New Zealand has a persistent gender pay gap - as shown in this graph, which charts the gap from 1998 and 2015. Photo: Statistics New Zealand

Marianne Bishop has worked as a caregiver in aged care for 39 years and said she had always felt undervalued.

"Anything that's women-dominated, it seems to be our wages are kept lower which isn't fair because it doesn't mean we don't have skills, but that it's deemed women's work," she said.

The caregivers' success has prompted more unions to go to court, but they have agreed to hold action until March, when the taskforce is expected to deliver its first report.

'Long overdue bill that needs to be paid'

A spokesperson for the union E Tu, Alistair Duncan, said the government had no choice but to come to the table because of the mounting court cases.

"This is a well-timed and very smart move - if we can deliver genuine equal pay, it will be a very good thing," he said.

"But it's not certain and we now need to work very hard to make sure we get equal pay for equal value."

Employers and Manufacturers Association chief executive Kim Campbell said the task force would need to establish clear terms of reference, because comparing the relative value of different jobs was complex.

He said any decision to boost pay rates in some industries would come with a cost.

"The government has the greatest interest in this because they're paying for most of the aged care and hospital workers and they must be concerned that if you increase their salaries, people's taxes may go through the roof."

But Mr Duncan said it was a worthy cost.

"This is about doing the right thing and of course the economic dividend for the country - it isn't going offshore but will stay in communities from Invercargill to Kaitaia," he said.

"This is about all parties doing the right thing on a long overdue bill that needs to be paid."

The Employers and Manufacturers Association is warning that if wages in female-dominated industries are raised, people could wind up paying more tax.

Association chief executive Kim Campbell said the Government paid many care workers, and any pay rises might have to be covered by taxpayers.