Police are urging car owners to be more security conscious as thieves are targeting everything from car seats to spare wheels to make a quick buck online. 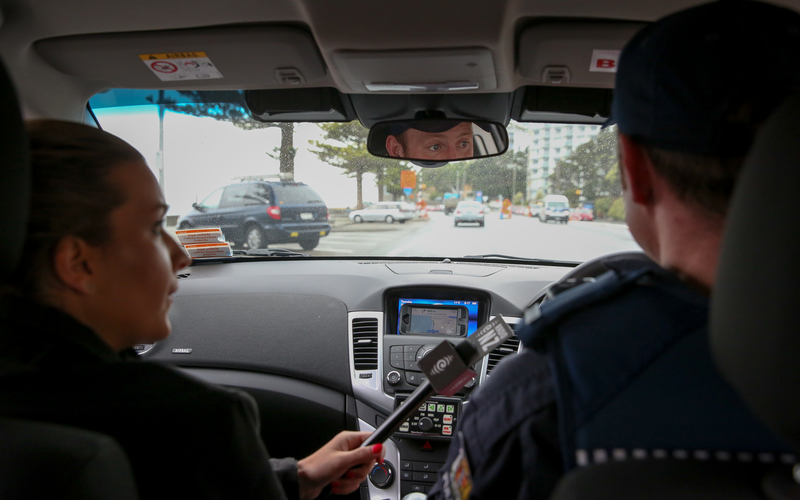 Constable Richard Matthews and reporter Adriana Weber on their way to the scene of a burglary. Photo: RNZ/Alexander Robertson 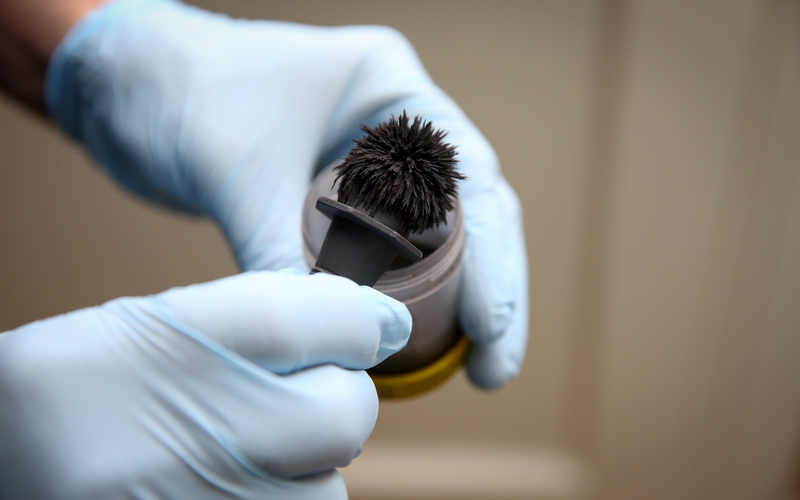 Scene of Crime Officers use special brushes and powders to search for fingerprints. Photo: RNZ/Alexander Robertson 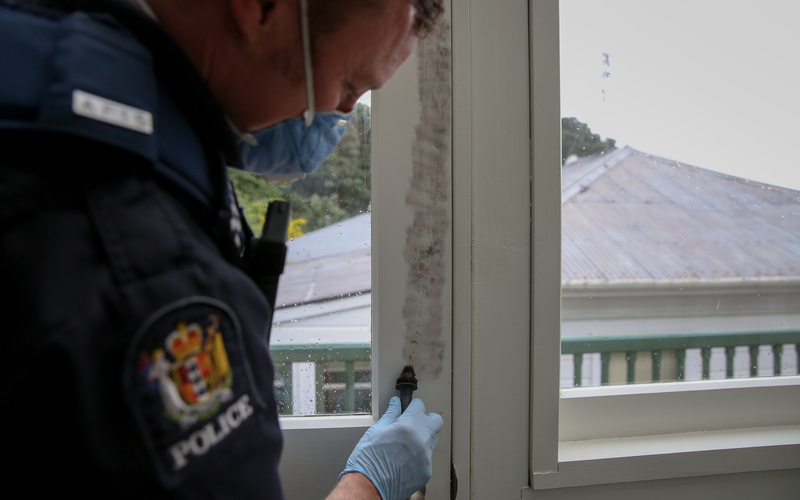 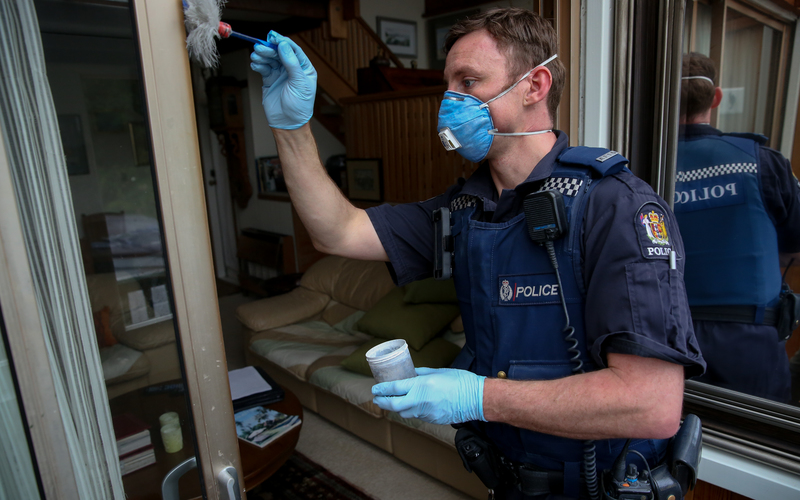 Constable Richard Matthews says some surfaces, such as glass, are easier to find fingerprints on than others. Photo: RNZ/Alexander Robertson 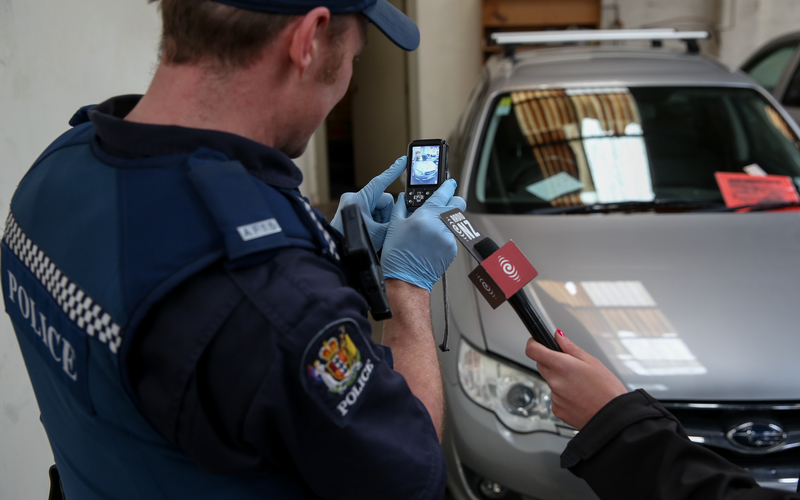 Scene of crime officers must take photos to use as evidence. Photo: RNZ/Alexander Robertson 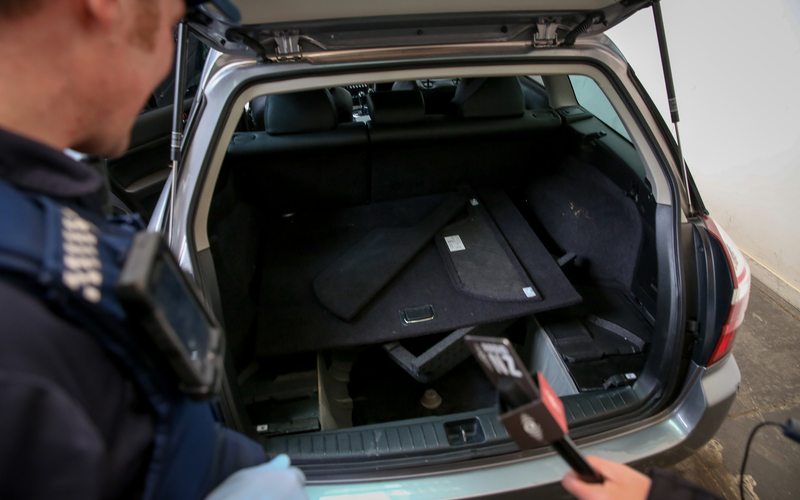 An officer inspects the back of a car that was broken into. Photo: RNZ/Alexander Robertson 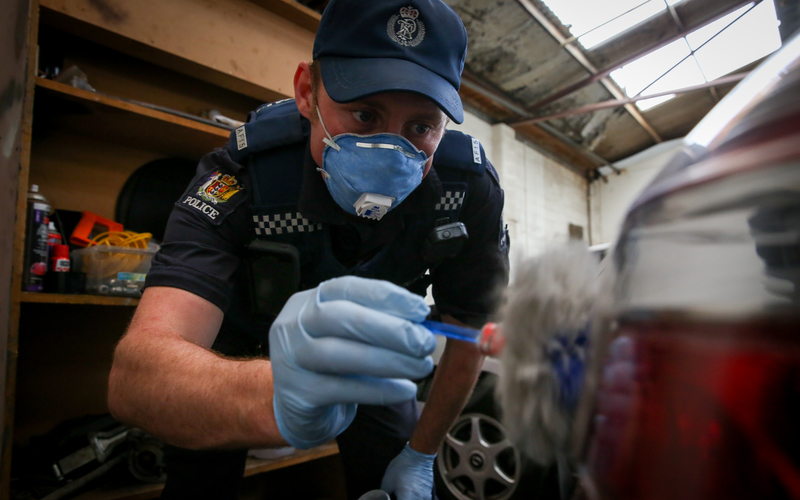 Constable Richard Matthews dusts for fingerprints on a car that was stolen. Photo: RNZ/Alexander Robertson 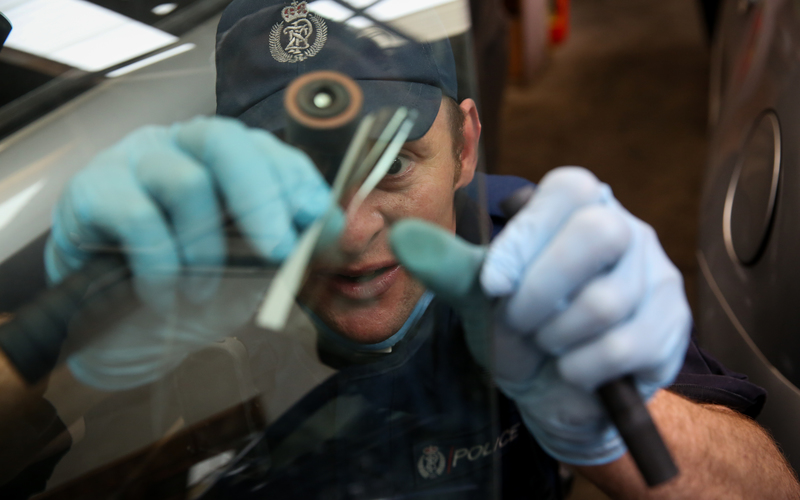 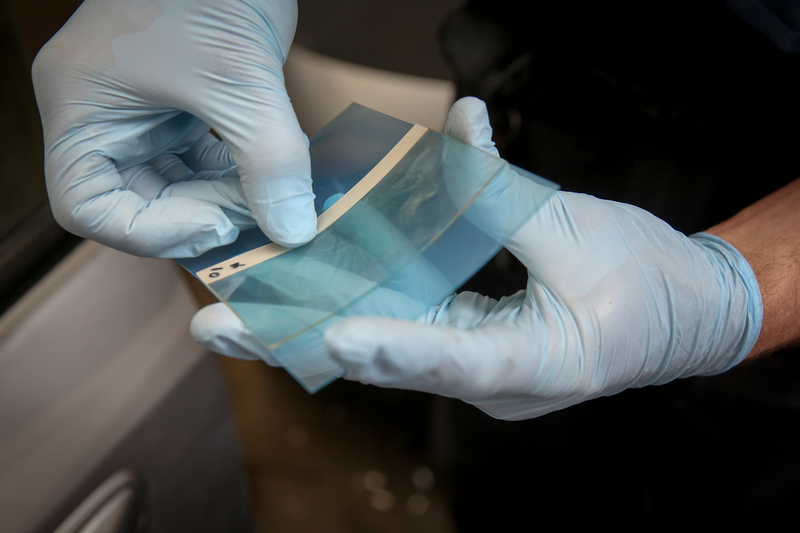 The fingerprint is preserved between two sheets of plastic. Photo: RNZ/Alexander Robertson

Police in Wellington say thefts from cars are a growing trend, with about 60 of them reported across the district each week.

They suspect the stolen items are being listed on social media, such as buy, sell and swap pages and variants of the page Hustle Live, where they are easy to sell.

Constable Richard Matthews has been working as a scene of crime officer for seven years, examining the scenes of burglaries and other crimes, meticulously scouring for fingerprints, working with victims and spreading prevention messages.

He even drops flyers in letterboxes in areas where there has been a burglary or theft.

He said offenders were stealing everything from mag wheels and car seats to spare wheels, either to sell for next to nothing or to help steal more.

"It's quite unusual, you think why would you want to steal a spare wheel, but sadly we're finding that they're using the spare wheels to then go onto other vehicles and prop them up, if they haven't got enough car jacks, they'll stick a wheel underneath it and steal all the main wheels from the vehicle."

Mr Matthews said the motivation behind such thefts was baffling.

"It is puzzling sometimes, some people say that it's thrill seeking behaviour where people will go out for the risk and the excitement it brings.

"But it's also a source of employment, so rather than going out to your day job, like yourself or myself, the offender will go out and think, 'what am I going to do today, I'll steal a car or break into a house' and that's their job and they get very, very good at it."

To reduce the risk, he urges people not to leave items on display, to always lock their cars, keep their keys with them and consider installing alarm systems to help prevent breaking ins.

He's also asking people to register their possessions on the Snap website which makes it easier to track items if they are stolen.

Mr Matthews said there was no one solution to the issue, but advised people to increase their car security and keep an eye on the social media pages.

"If people go onto these pages and suspect that these items are stolen then to contact us and give us the heads up that something unusual is going on, it's something we can maybe have a look at if it's stolen."

Police tips for protecting your vehicle from theft: