A court hearing to decide whether internet businesman Kim Dotcom should be extradited to face trial in the United States will finally begin today. 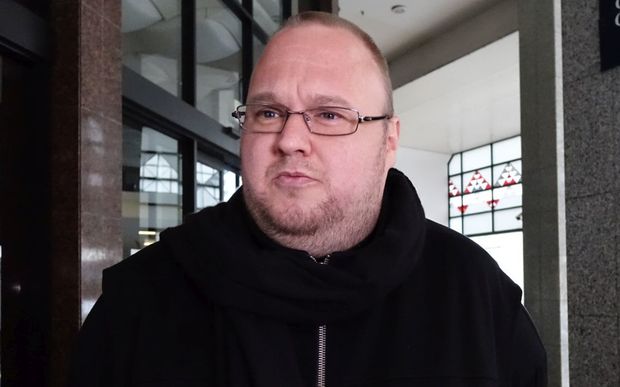 It has been nearly four years since armed officers and a police helicopter swarmed Mr Dotcom's mansion in Coatesville, north of Auckland, arresting him and three other men.

Mr Dotcom was the mastermind behind the now-defunct Megaupload, a cyber storage locker that the FBI claims willfully breached copyright on a mass scale by hosting illegally-created movie, music and software files. 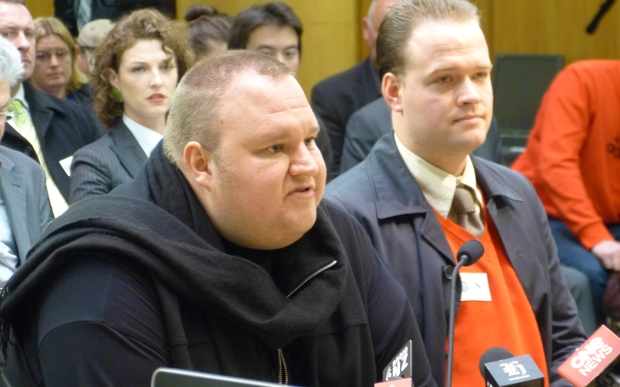 Among the charges the men face are conspiracy to commit copyright infringement, money-laundering and racketeering, and fraud by wire transfer.

However, the United States' attempt to extradite Mr Dotcom and his co-accused has been persistently stymied by court action taken by the four men over the extradition process and mistakes made by New Zealand police and spy agencies before and during the raid.

Six months after the raid, a High Court ruling - which was later overturned - found the search warrants used in the raid were too broad.

Then, in September 2012, the Government was forced to admit the Government Communications and Security Bureau's (GCSB) spying on Mr Dotcom was illegal, as he was a New Zealand resident.

That sparked a review of the spy agency, and a widely-opposed law change that allowed the agency to spy on its own citizens in certain circumstances.

Kim Dotcom told Radio New Zealand the events leading to today's extradition hearing had taken a personal toll and affected the friendships with his three co-accused.

"You're not always positive because of the sheer power that is opposing you ... governments, Hollywood, the recording industry and all they want is to crush me and I'm just one guy," he said. "The pressure can get to you - but I'm still here."

"When you go through stressful times like this there are a lot of things that bubble up where you are stressed and you are annoyed and I think that kind of led to us all cooling off a little bit.

"We were very close friends before all of this started and I don't think we are that close any more."

The case against Dotcom

The United States' case against Mr Dotcom was summarised in a 200-page document made public at the end of 2013.

The FBI claimed Megaupload, while purporting to be an online locker for people to store large files for their own use, was in fact acting as a repository for thousands of illegally uploaded movies, television episodes and music tracks. 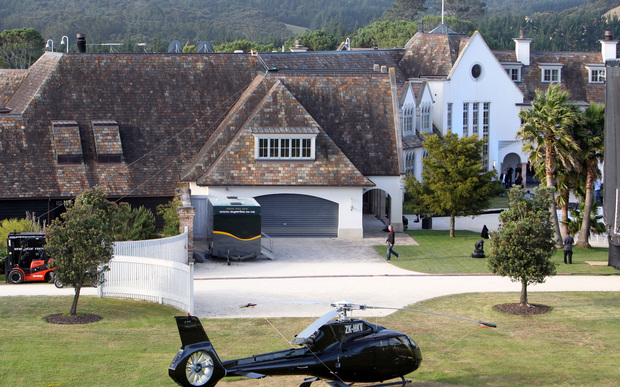 Megaupload did not have a search function, but third-party websites that indexed files on the site sprang up, allowing internet users to search for titles.

The site also had a rewards system, paying small cash amounts to users who uploaded files that proved popular among other Megaupload users.

Some very active uploaders earned more than US$50,000 in this way.

"It was known in the public that the Mega Conspiracy rewarded some users who uploaded popular copyright-infringing works, even despite claims on the Mega Sites that suggested otherwise." 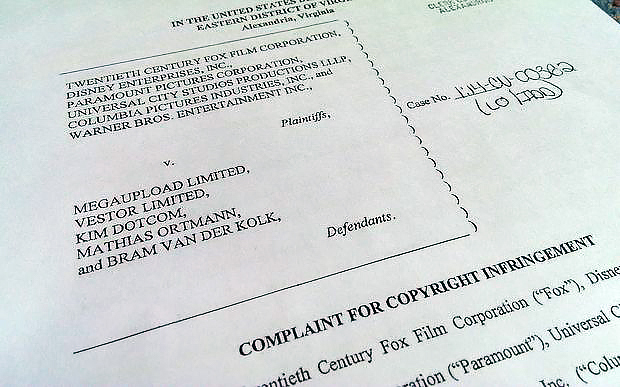 The US alleged - based largely on emails between senior Megaupload staff - that the accused were willfully infringing copyright themselves, by uploading and also viewing illegal copies of copyrighted material; knew that material on their sites was infringing copyright; were making money from subscription fees and advertising as a result of hosting those illegal files; failed to block the accounts of copyright infringers; and failed to remove the infringing material.

"At a minimum, Megaupload Limited was plausibly aware of the ongoing rampant infringement taking place on its website," the evidence summary said.

Third-party copyright violation was not an extraditable crime under the agreement between New Zealand and the US, meaning the US would have to show evidence that Dotcom and his co-accused were in an active criminal conspiracy with their users.

In an affidavit filed in North Shore district court last week, Harvard law professor Lawrence Lessig said the evidence provided did not meet the threshold necessary to extradite the men.

"There is ... serious lack of evidence of communications between [Megaupload] and such alleged users needed to prove an agreement that is subject to laws of conspiracy," professor Lessig wrote.

"The United States Constitution prohibits the United States Department of Justice from prosecuting, as they apparently want to here, a new kind of criminal conspiracy based on defendants providing an 'environment of infringement' or their failing to disable all links to an allegedly infringing copy."

The extradition hearing, which has already been rescheduled nine times, could be delayed again this week.

It was expected to run for four weeks, in the jurisdiction of North Shore District Court.

Before the hearing itself gets under way, the court will hear an application from Mr Dotcom's lawyers for another delay, because the United States would not allow Mr Dotcom to spend frozen assets on hiring United States lawyers and expert witnesses.

Mr Dotcom's lawyers said this placed their defence at a disadvantage compared to the United States and the New Zealand Crown, which had no such curbs on their preparation. 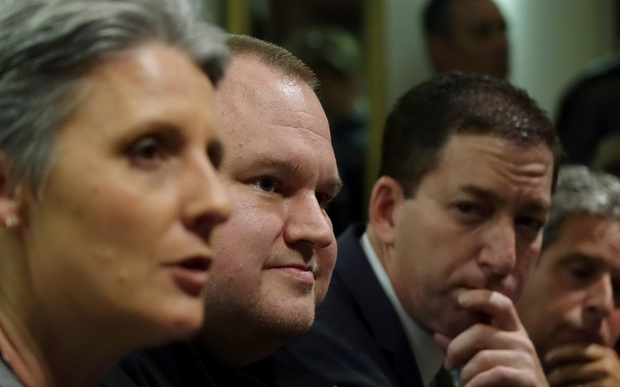 Kim Dotcom has loomed large not only in New Zealand's courts since 2012, but also in the country's politics.

Following on from the GCSB revelations, Mr Dotcom launched the Internet Party last year in order to contest the 2014 general election.

A vote-sharing alliance with the Mana Party was condemned by some within Mana, including former MP Sue Bradford, who quit the party as a result.

Internet-Mana gained just over one percent of the party vote - not enough for any list MPs - and Mana leader Hone Harawira lost his Te Tai Tokerau seat.

Just days before the election, Mr Dotcom hosted an event at Auckland Town Hall billed as "The Moment of Truth", where he promised to reveal proof that Prime Minister John Key knew about him well in advance of the mansion raid, and had a hand in moves to extradite him.

No such evidence emerged, but the NSA whistleblower Edward Snowden - who appeared at the event via videolink from Moscow - claimed the NSA had access to mass metadata from New Zealanders via a surveillance programme called XKEYSCORE.

John Key denied there was any mass surveillance of New Zealanders, saying while some of the metadata might be from New Zealand, it was not being collected wholesale. 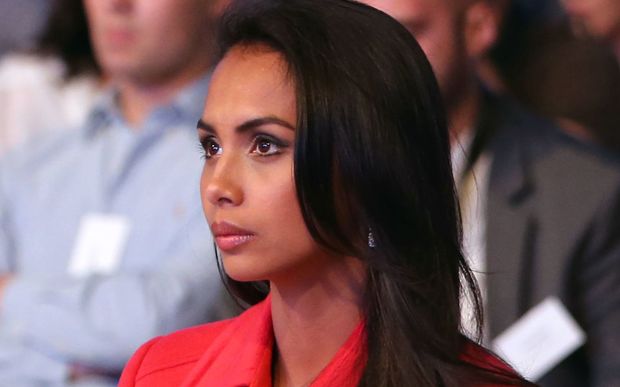 Mr Banks was convicted last August of failing to declare two $25,000 donations during his 2010 Auckland mayoralty campaign, as coming from Mr Dotcom.

In his decision convicting Mr Banks, the trial judge said he found the testimony given by Mr Dotcom and his estranged wife, Mona, to be reliable.

However, the Court of Appeal acquitted Mr Banks of the charge earlier this year, finding Crown Law had misled the court by failing to disclose a memorandum in which Mr Dotcom contradicted the version of events he gave in court.