It might be New Zealand's top selling painkiller, but paracetemol is also responsible for more calls to the national poisons hotline than any other drug. 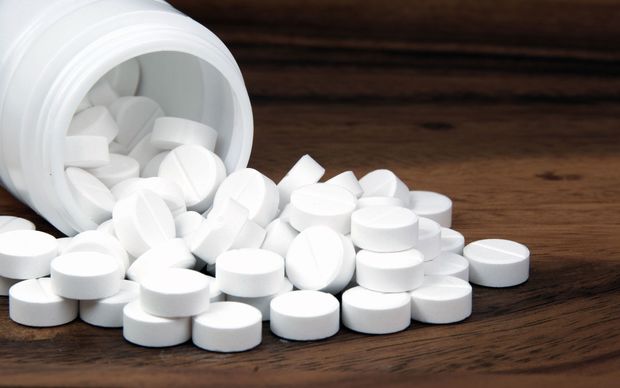 New guidelines for the management of paracetamol poisoning in Australia and New Zealand have just been published and clinicians on both sides of the Tasman say people need to be more aware that large doses of the painkiller are toxic.

There were 2.5 million prescriptions for paracetemol in the 2013/14 year, with millions more tablets sold over the counter in pharmacies, supermarkets and dairies.

New Zealand Poisons Centre medical toxicologist John Fountain told Nine To Noon today that the fact that paracetamol was so easily available meant many people assumed it was safer than other drugs.

"Because paracetamol is so ubiquitous, and because people can so easily access it, they do have a feeling that it is in some way safer. But an overdose with any medication, including paracetamol, is dangerous"

Symptoms of paracetamol poisoning can be as mild as nausea and vomiting, which most victims usually recover quickly from, but it can also affect the liver and can lead to fatal liver failure.

Mr Fountain said that several people had died from overdosing on the painkiller in the past year, but that there was a strong antidote available to mitigate the effects.

Mr Fountain said individuals should not take more than 4g of paracetamol per day, and larger doses were not helpful.

"People have this belief that if this is good for you, then more of it must be better, but that's not true - it can be quite harmful."

Paracetamol poisoning can occur when a large amount is taken in one amount, but is also possible when the painkiller is taken consistently over several days for chronic pain.

"People are taking larger than recommended doses over days, and they don't realise they are poisoning themselves. If someone is treating themselves for mild pain, they should go see a medical practitioner sooner, rather than later."

He said users of the painkiller should also be aware that it can also be found in other products such as Lemsip or cough medicine, and the most important thing to remember was to seek help if there were any concerns.

"Awareness is very important - people do overdose themselves quite by mistake, and the more they know, the better."