Research released today backs earlier findings that the painkiller paracetamol, when taken during pregnancy, increases the risk of behavioural problems in children.

The Auckland University research reinforces a similar Danish study earlier this year which found using the drug during pregnancy can increase the risk of attention deficit hyperactivity disorder (ADHD) symptoms in children. 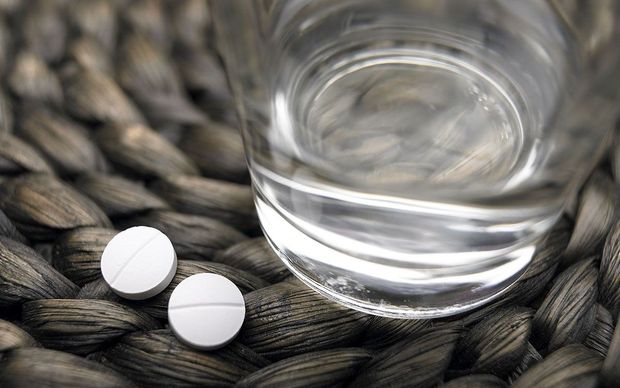 The latest study involved mothers from the Auckland Birthweight Collaborative longitudinal study that began in 1995. Dropout rates of participants meant only infants of European descent were followed.

Almost half of the mothers had used acetaminophen, or paracetamol, while pregnant and Senior Research Fellow John Thompson said that usage was linked to the development of ADHD symptoms in their children.

"We found significantly higher total difficulty scores, (as measured in the Strengths and Difficulty Questionnaire parent report at age seven and child report at age 11), if acetaminophen or paracetamol was used during pregnancy," said Dr Thompson.

No link was found for aspirin, antacids or antibiotics taken during pregnancy which supports existing claims that only paracetamol has an effect, he said.

"The finding that even low doses of acetaminophen or paracetamol can affect behaviour seven years later is alarming because it is the most commonly used antenatal drug."

Parents reported emotional and conduct problems with their children at age 7 with the children noting these issues themselves at age 11.

"It is well known that ADHD is a complex disorder and it could be that other, more positive and enriching environmental exposures begin to dilute the neurologcal outcome of paracetamol over time."

Dr Thompson said other environmental factors not measured may affect the outcomes and more research was needed to accurately assess the risk and consequences of taking paracetamol.

Medsafe said it will review the research, though it said paracetamol had been taken by many pregnant women without any proven increase in harmful effects.

An Auckland obstetrician said the study on use of paracetamol during pregnancy should not prevent women taking the drug if they need to.

Dr Tony Baird said paracetamol that is not mixed with caffeine, codeine or ibuprofen is safe and can be needed to treat illness or fever.

"It's very useful drug, it is safe to the best of my knowledge, and I don't think that this study as it's written at the moment should alarm women who need to take paracetamol when they're pregnant."

However, midwives say pregnant women who may be unsure about whether to take paracetamol should consult their lead maternity carer or family doctor.

A midwifery adviser at the College of Midwives, Alison Eddy, said women should think carefully about taking any medicine.

"There also needs to be a bit of a weighing up around why the medicine might need to be taken and the benefits of that versus the possible, potential harm - in this case, the possible association with ADHD."

Ms Eddy said ADHD is a rare and complex condition with many possible causes.